I have been trying to get a post out for a few days but I just can’t find the time.  I do have quite a bit I want to mention but most will have to wait, 5:45am will be here soon.

It has been a little over two weeks since the last post. Last week I felt that we kind of grinded to a halt.  John had moved part of his crew to another job and it just didn’t feel like anything was moving forward.  It was frustrating, but only for a few days.  This week things started picking back up with a full crew on site.  So back to nearly being positive.

ROOF
The roofers FINALLY finished putting the cypress and plywood on the master section of the house which is about 750-800 sq ft of roof.  It took them 6 days to put up the cypress and 5 days to put on the plywood.  And there was up to 5 of them working on it at one time. Luckily I am not paying them by the hour (well, I guess indirectly I am).  The roof coating started to go on today, which is 4 coats, so who knows how long that will take.  First the seams are patched, then a primer coat is applied, then a “grey” coat, then two final coats of white elastomeric.  We looked into doing the roof in many different ways, but in the end cost was the driving factor.  Quite a few people told us to avoid the standing-seam metal roofs being that close to the water.  That was ruled out early.  We then wanted to add a thermal membrane to keep the heat out, but the $10K estimate to just add the purlins needed to create the space put us off of that.  We then looked into ceramic coatings, but my research seemed to suggest that their wasn’t much to their superior heat blocking claims.

We also spent more time sanding and staining cypress.  Twice we were told we needed this many more boards to finish, and after completing the first batch were subsequently told they would need even more to finish.  I definitely was not happy with the amount of wasted material from the roof.

POOL
We poured the pool over the past few weeks.  That became a bit of a stressful situation due to Emily insisting that we have a swim-jet in the pool.  We were put in a situation of trying to find a vendor that would ship part of a system USPS priority mail and part of it freight.  What we needed immediately were the jets that get poured into the wall.  After quickly ruling out several swim-jet makers (Endless Pools was one) due to price, we settled on tracking down the BaduStream II double jet system.  This wasn’t as easy as it sounds and it was even harder to find somebody that would deal with our shipping requests.  In the end we found a company out of California, that had a warehouse in Florida, that would do what we needed, AND they price-matched a competitor that wouldn’t do the shipping.  The guy was awesome (www.eOutdoorSports.com). They shipped on Thursday with the hope of them arriving Monday. No package Monday.  No package Tuesday. The jets arrived at  lunchtime Wednesday, about an hour before the pool was scheduled to be poured.  John and Louis spent the next 90 minutes getting everything just right while I was running around town looking for 4-inch pvc elbows.

Why did we even go through the hassle of adding a swim-jet you might ask?  Well, one reason is our pool is really small, 10×20. This will give Emily the ability to train for the swimming part of a triathlon.  The second reason is simple, Emily usually gets what she wants. 😉  On to the photos. 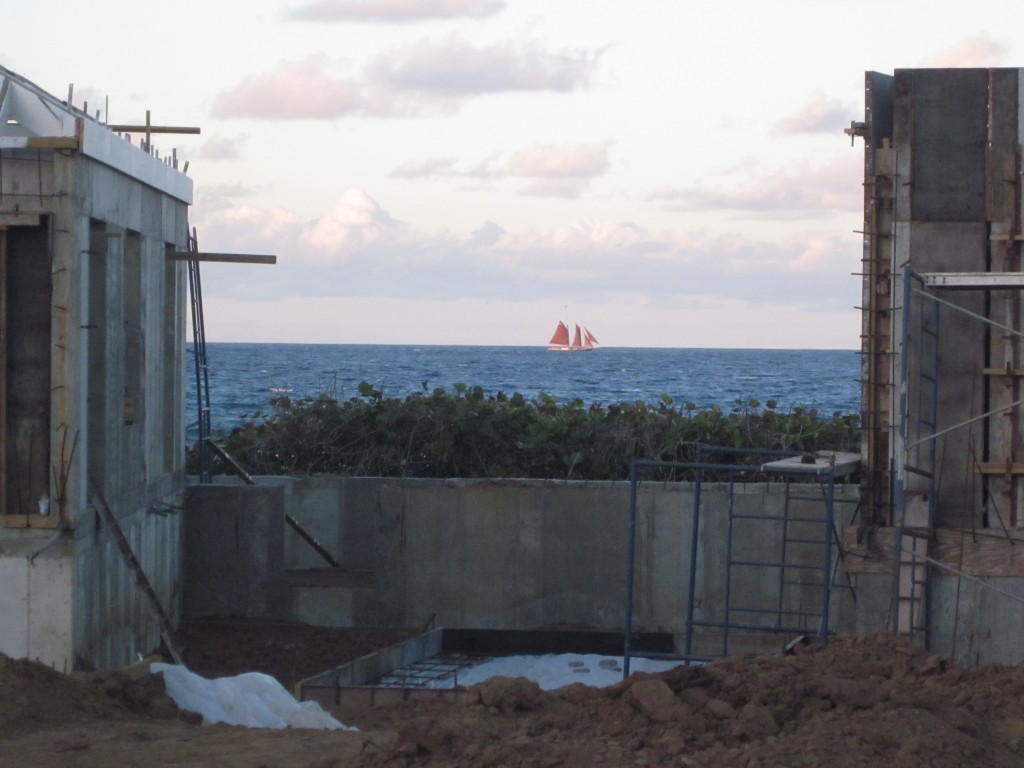 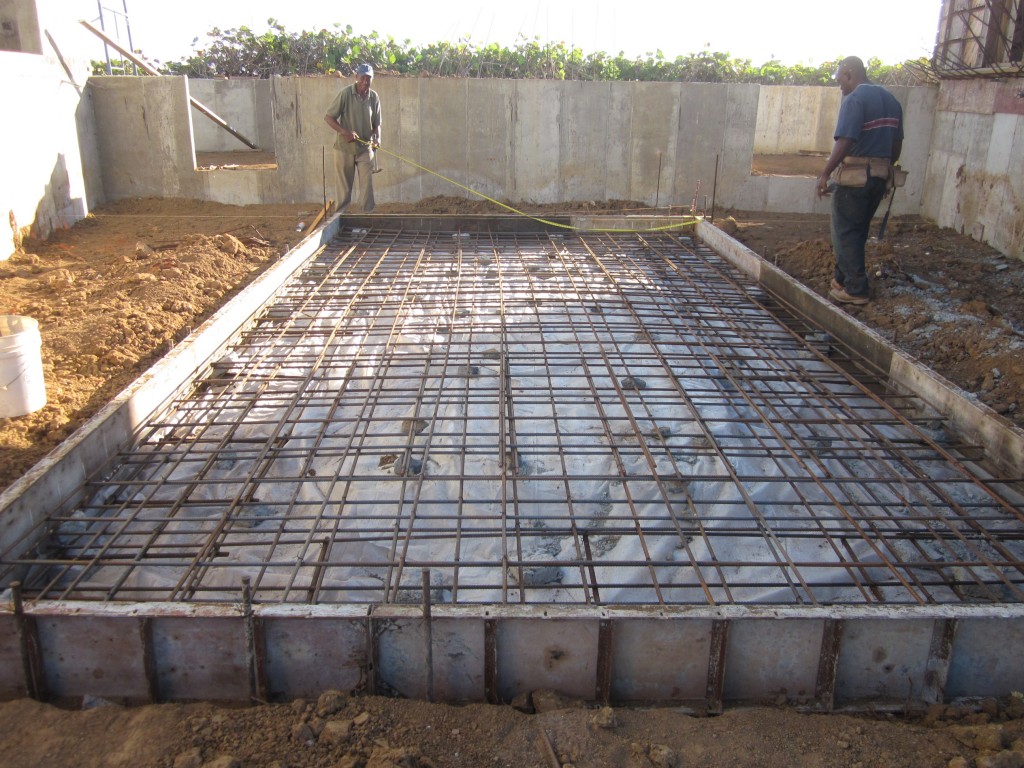 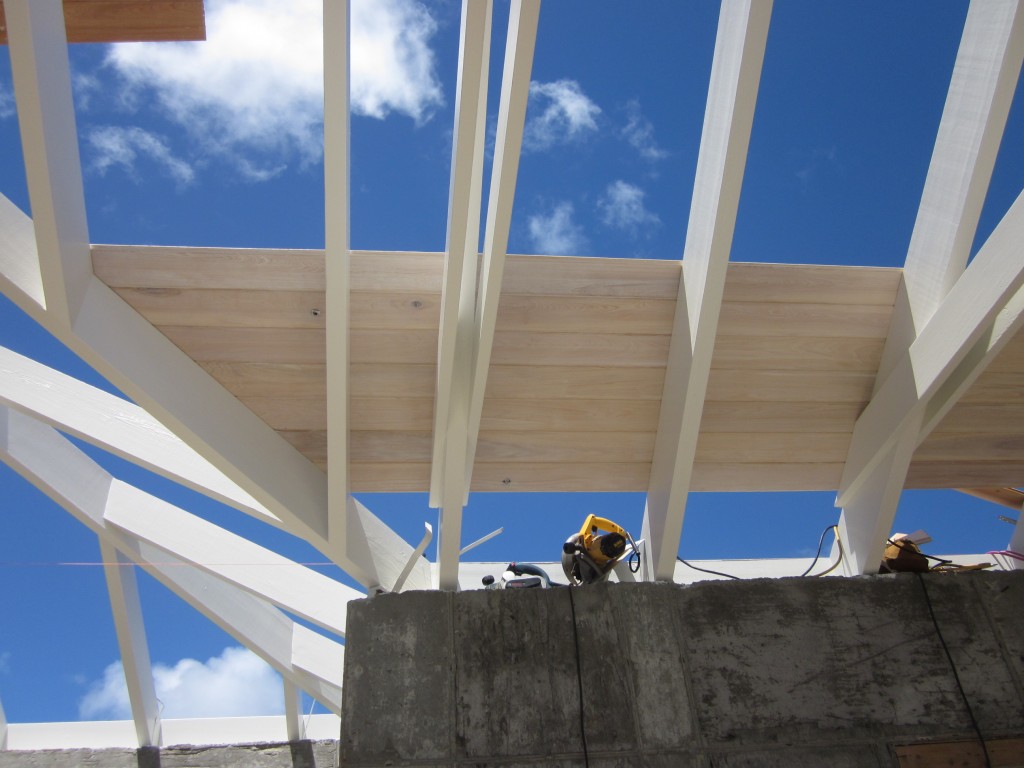 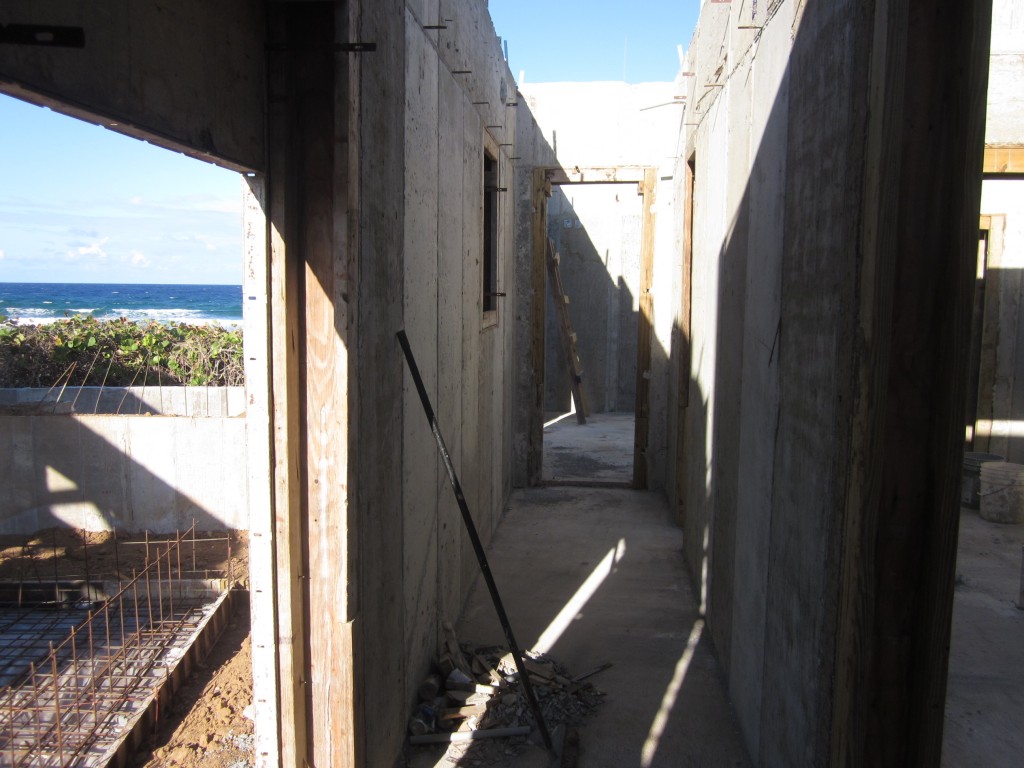 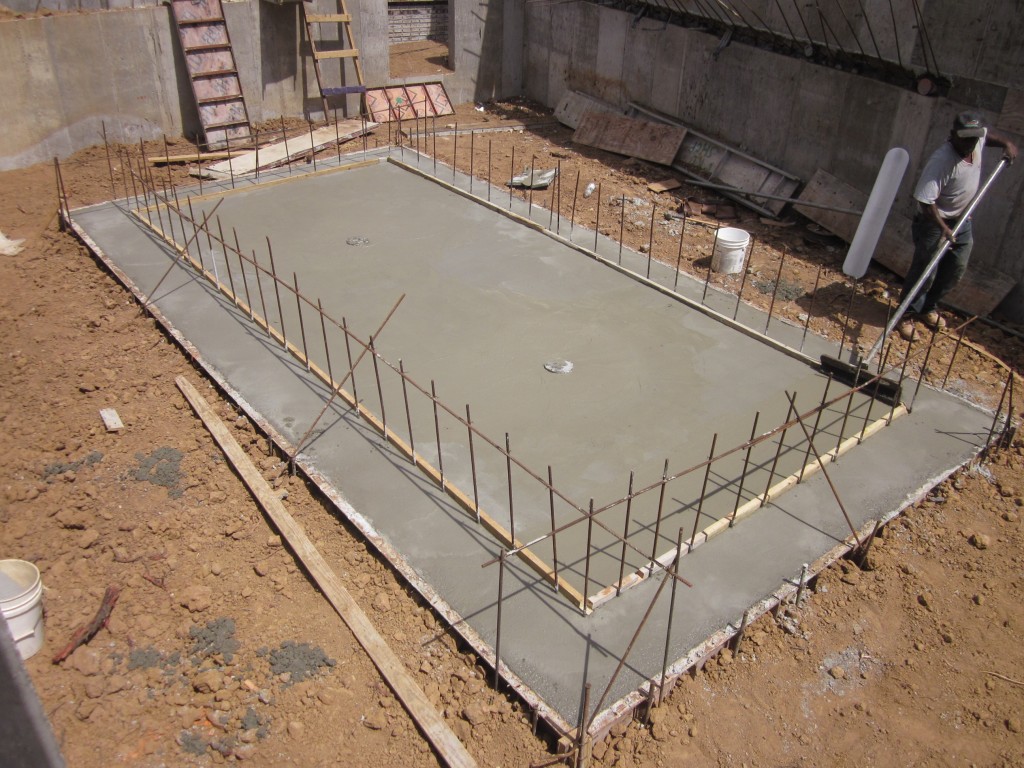 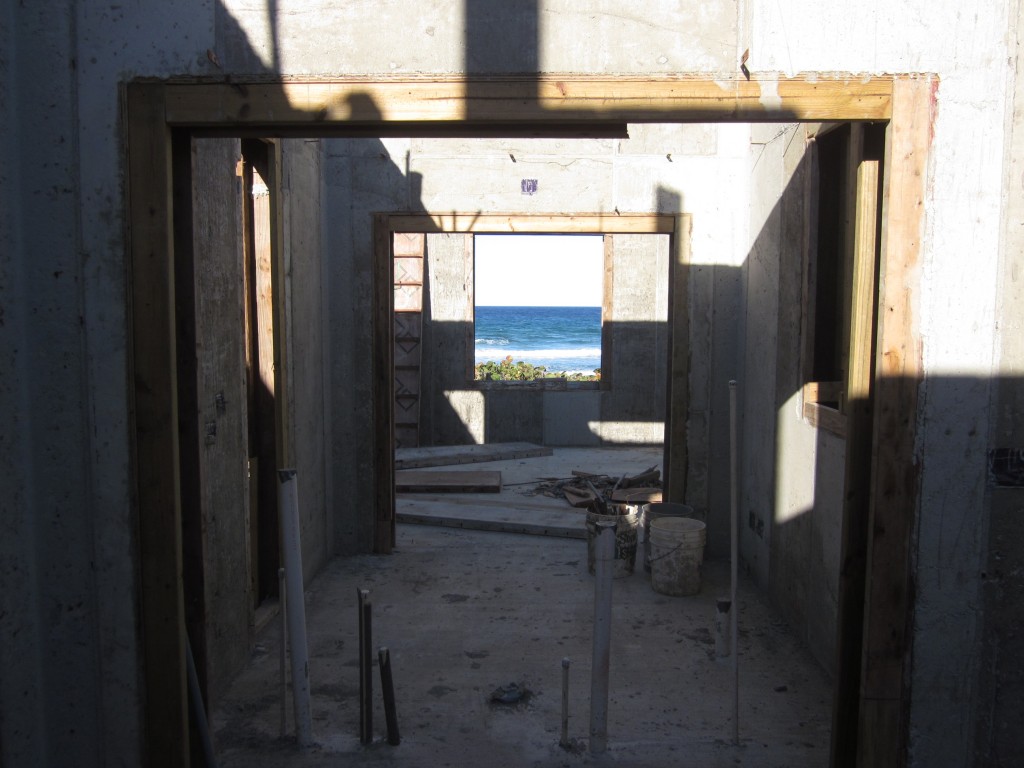 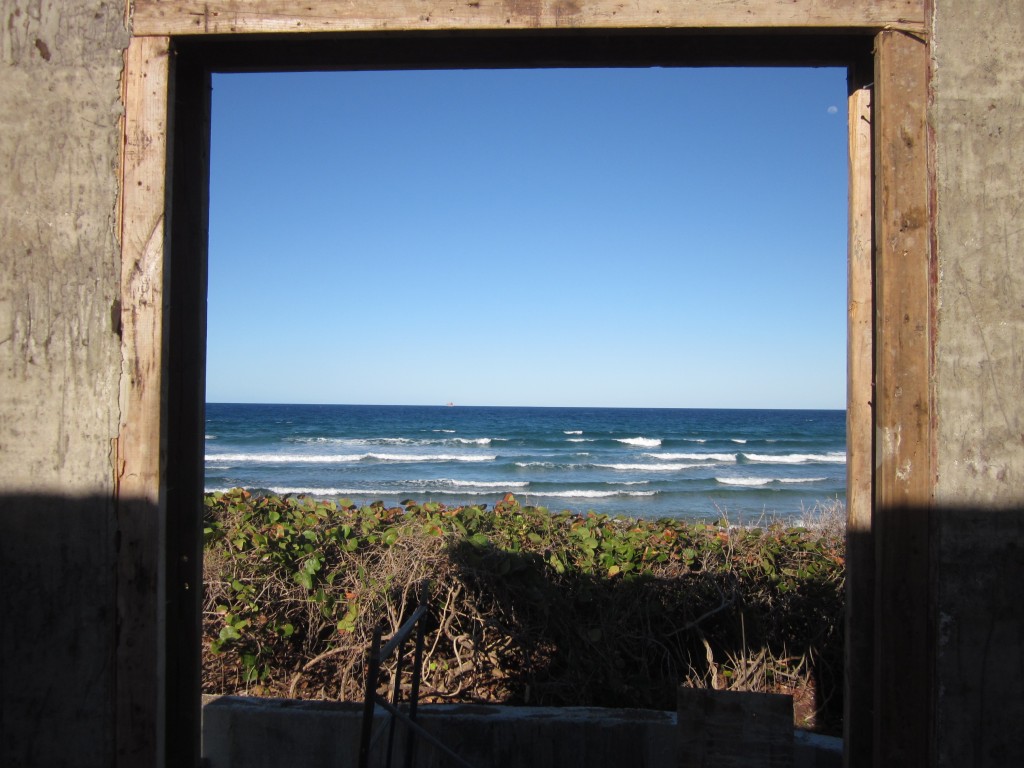 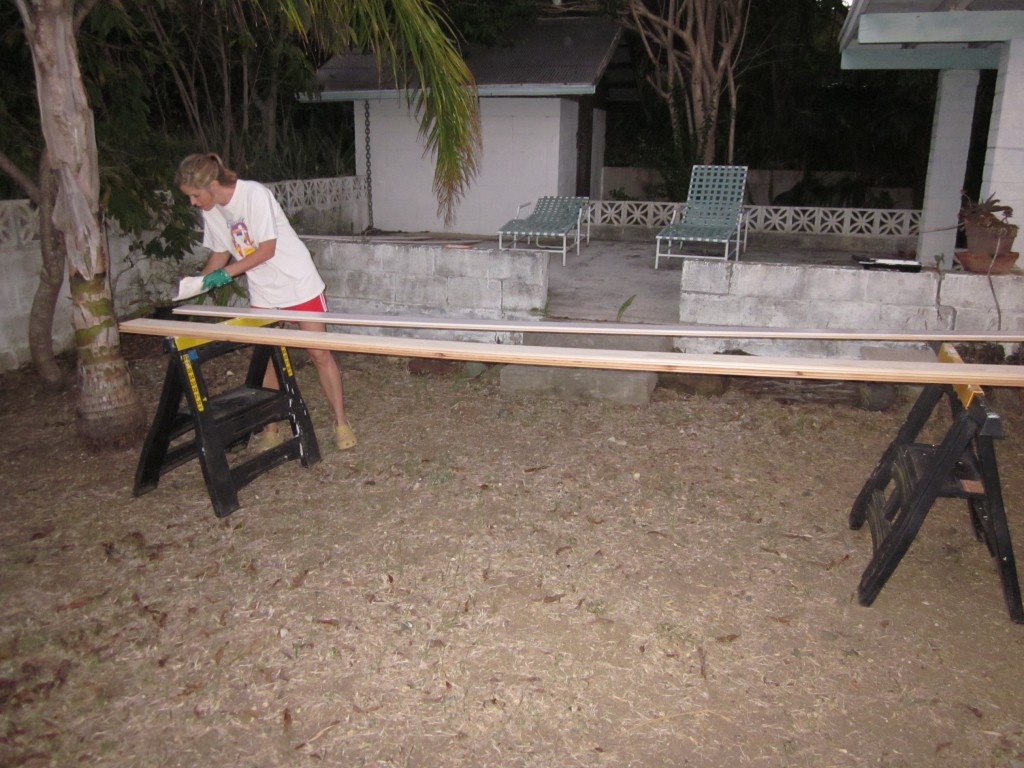 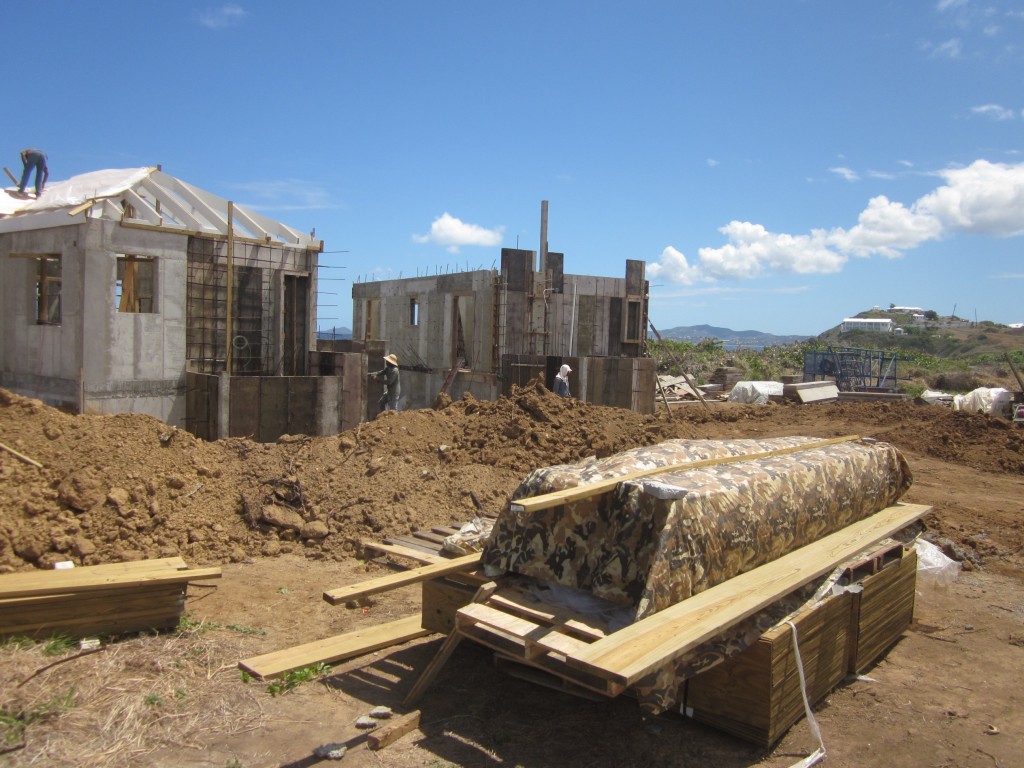 3-17-2011 - Forming the laundry room support and powder room support, and roofers working on the cypress 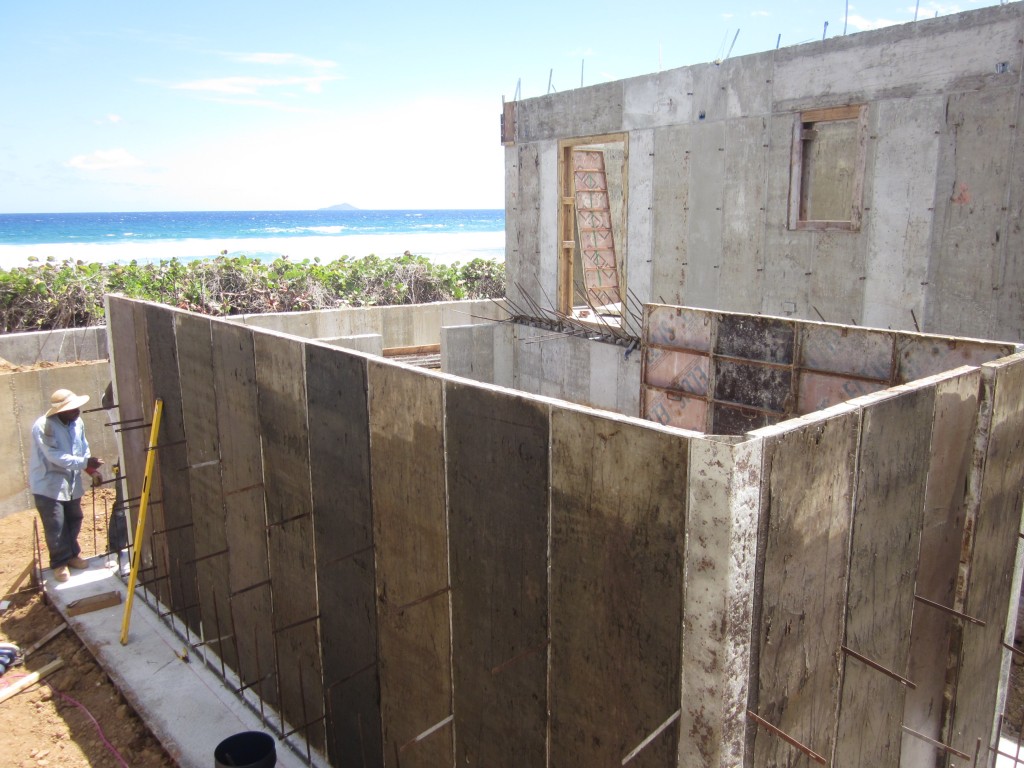 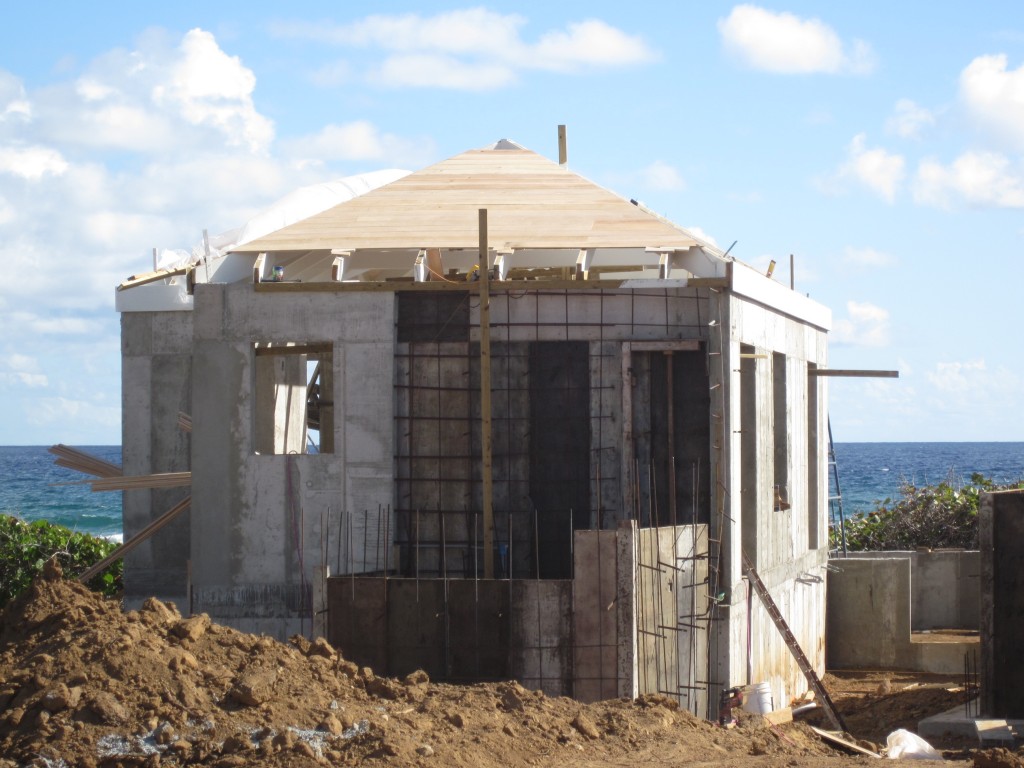 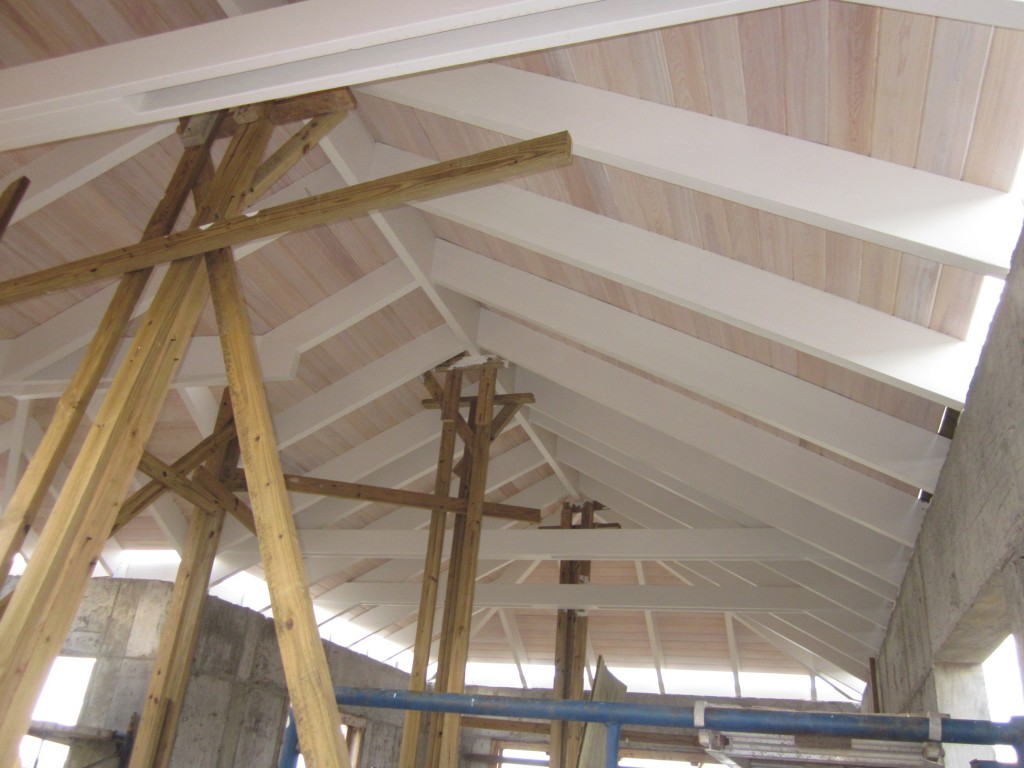 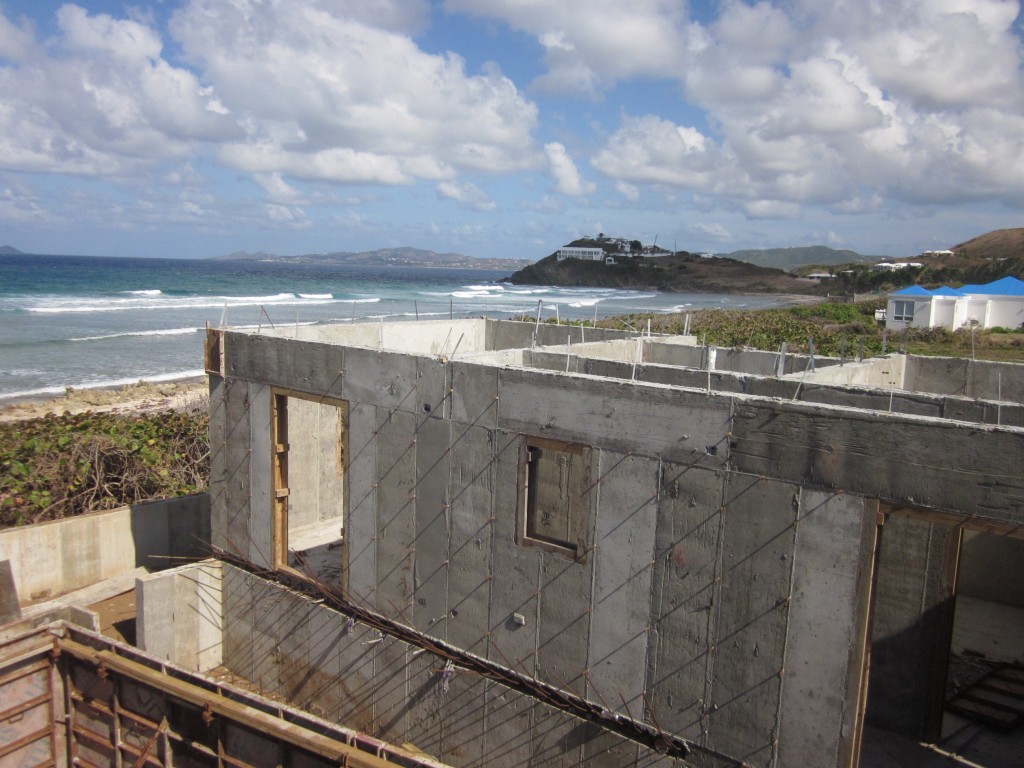 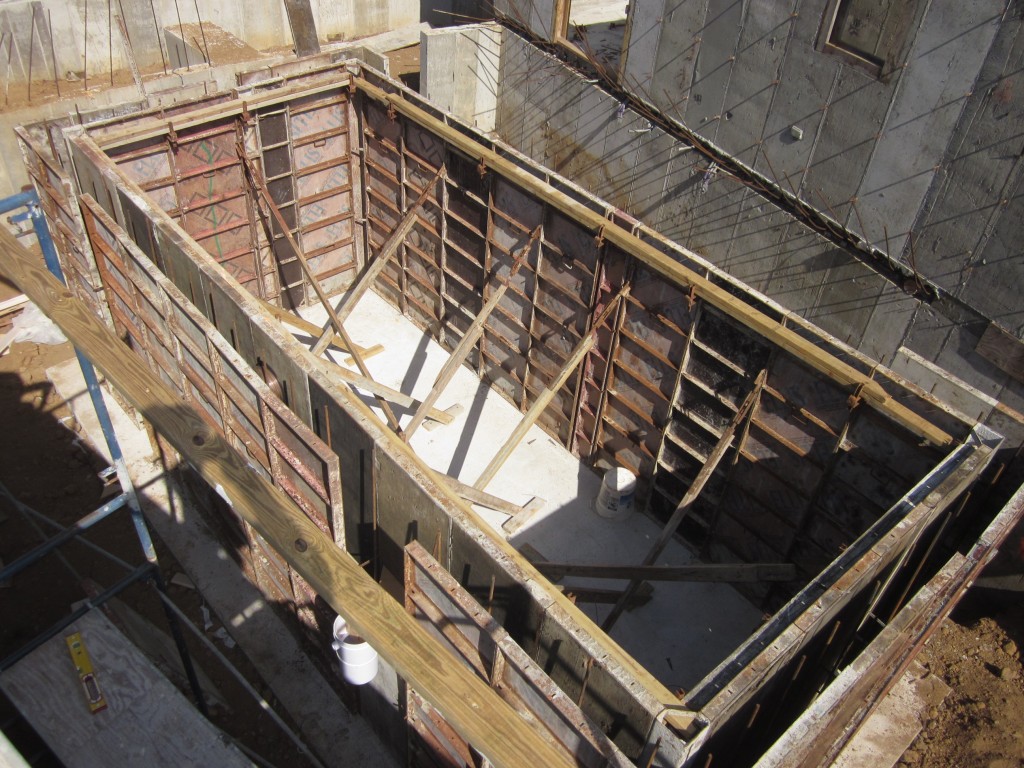 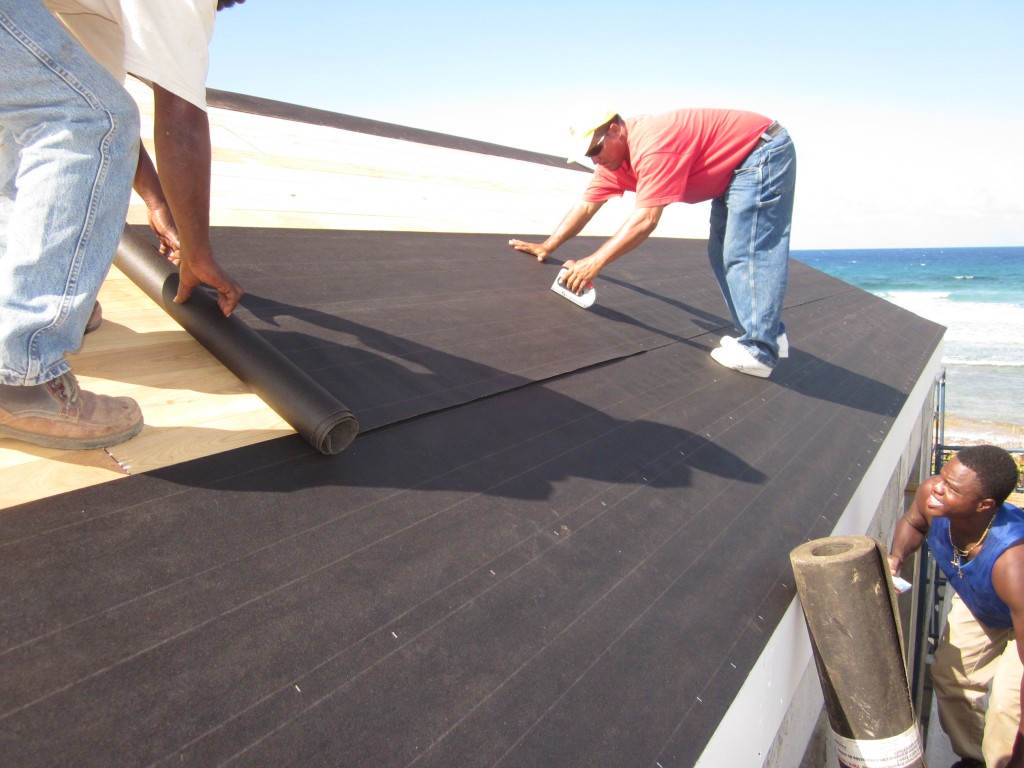 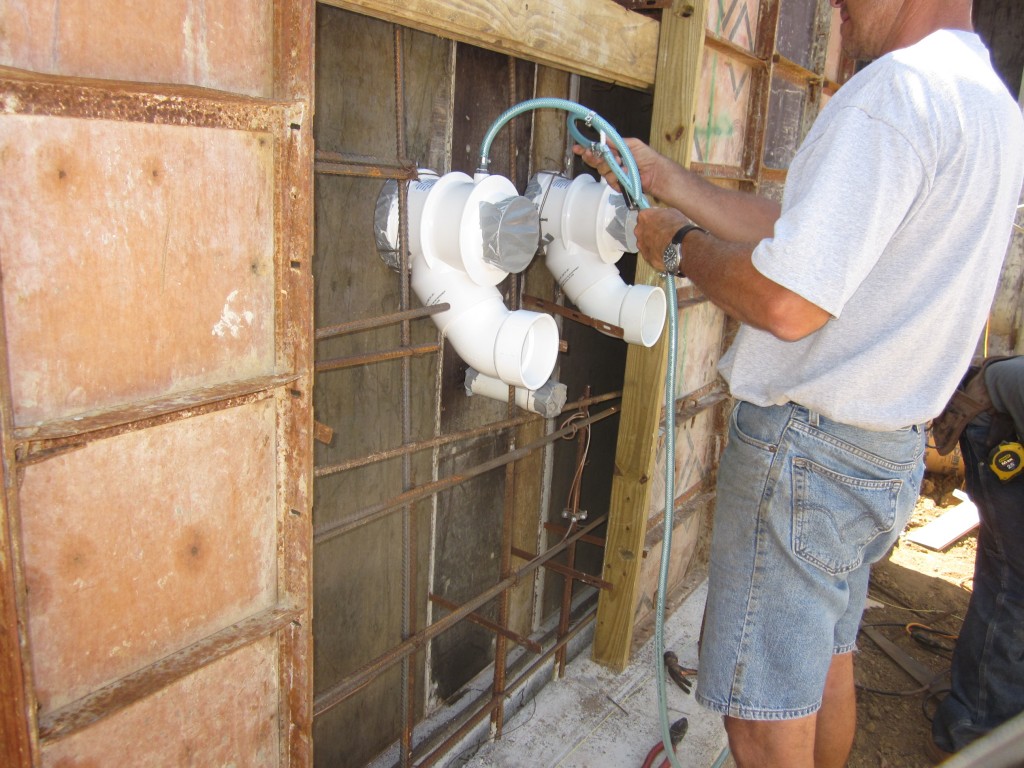 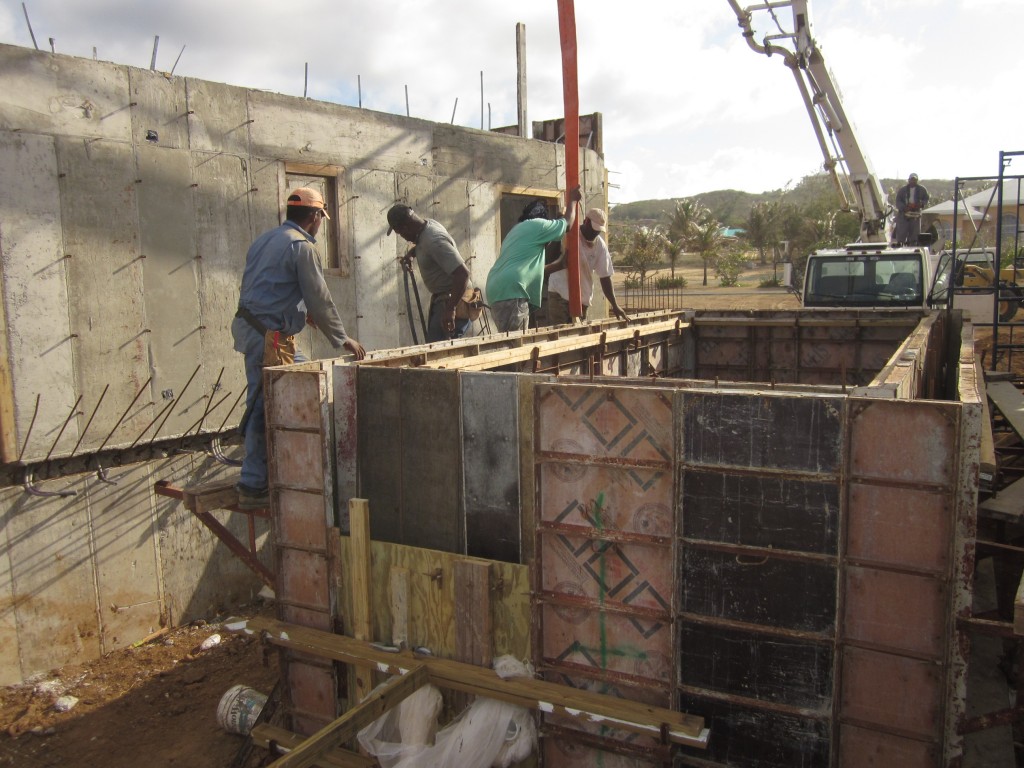 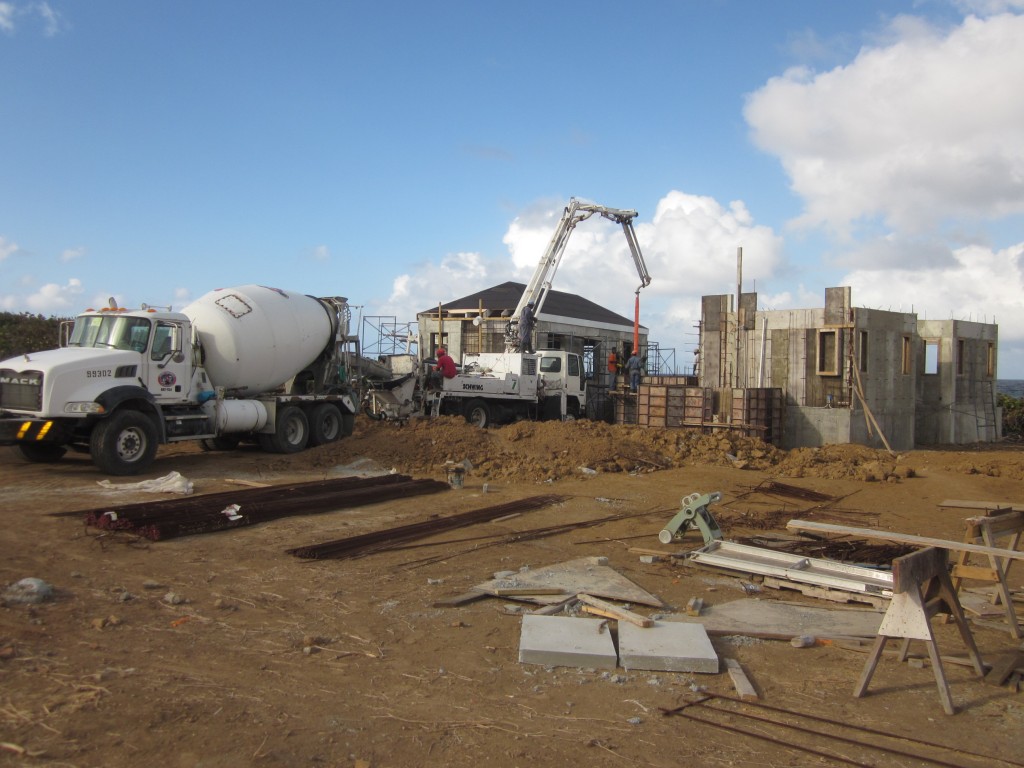 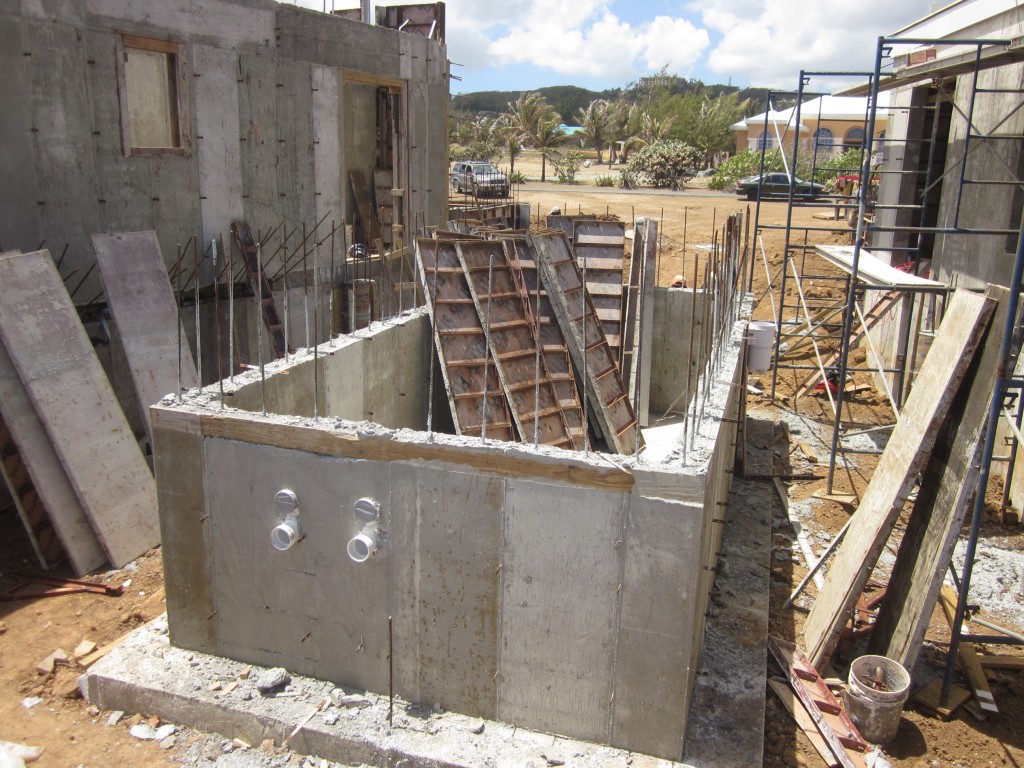 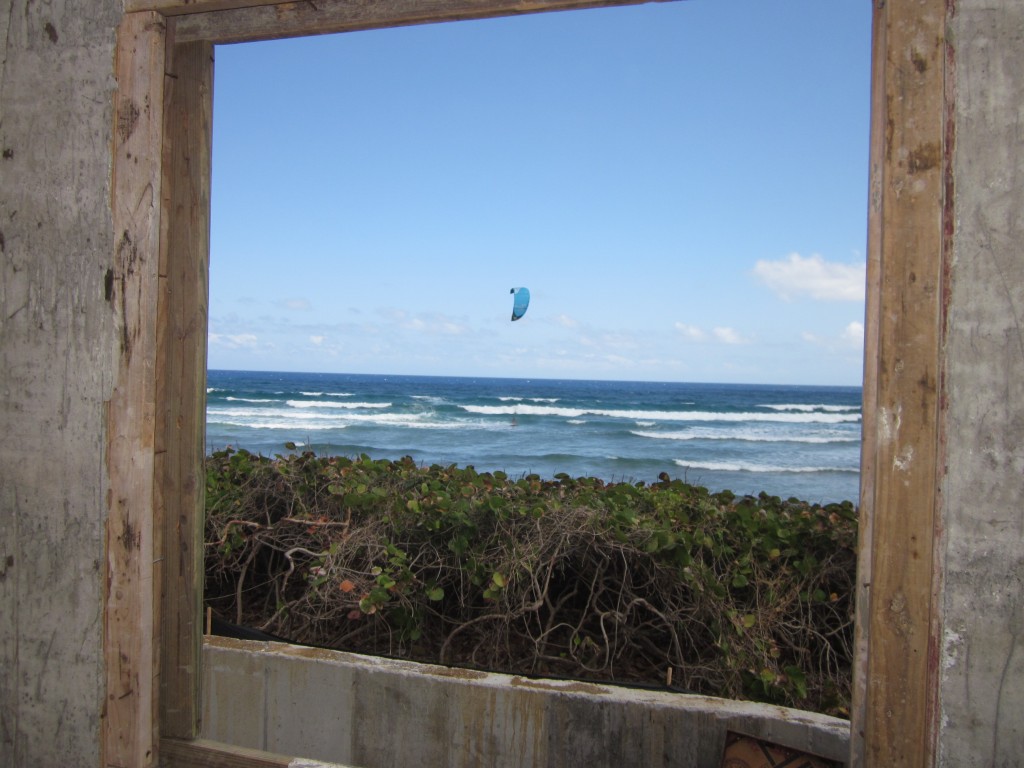 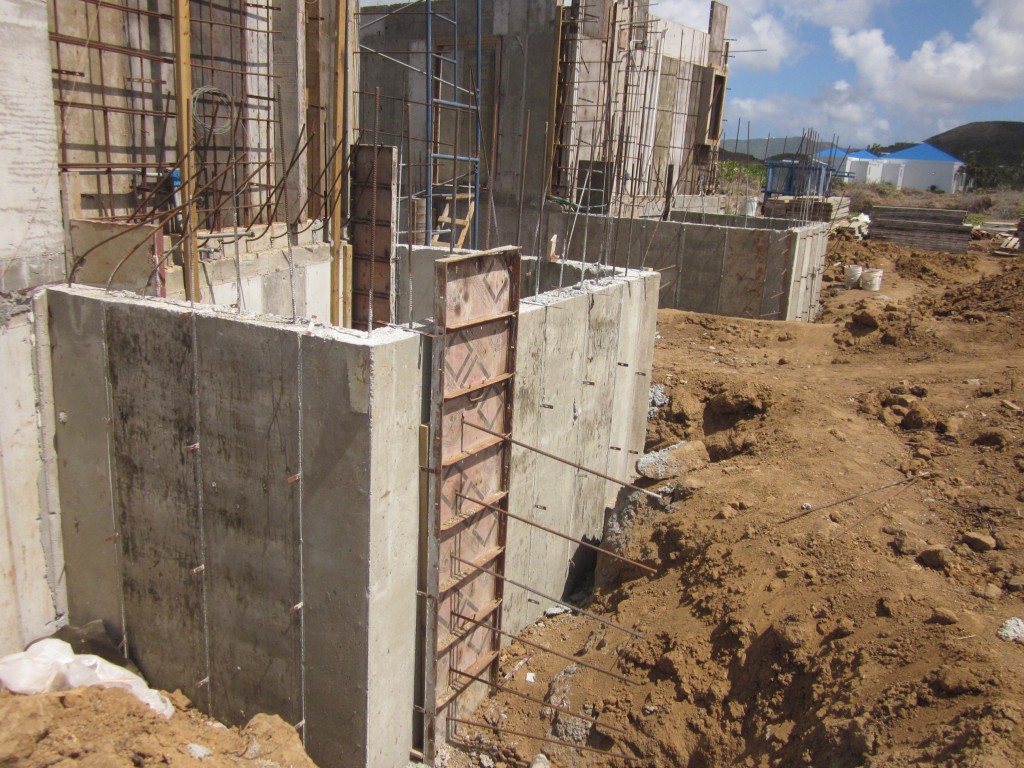 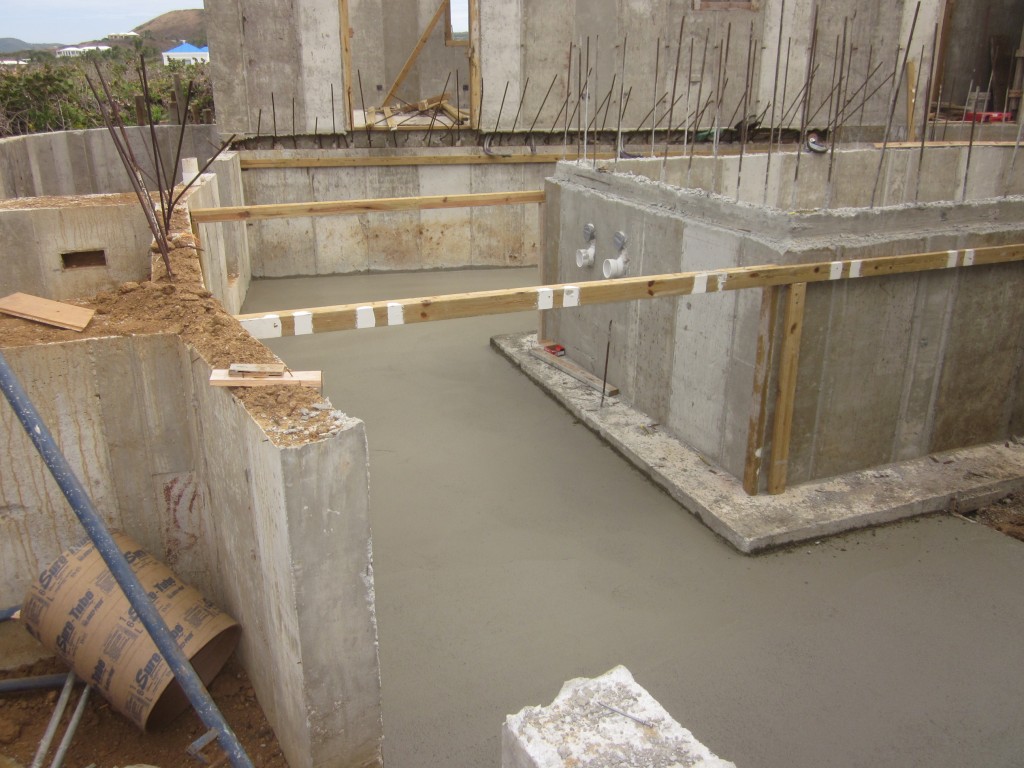 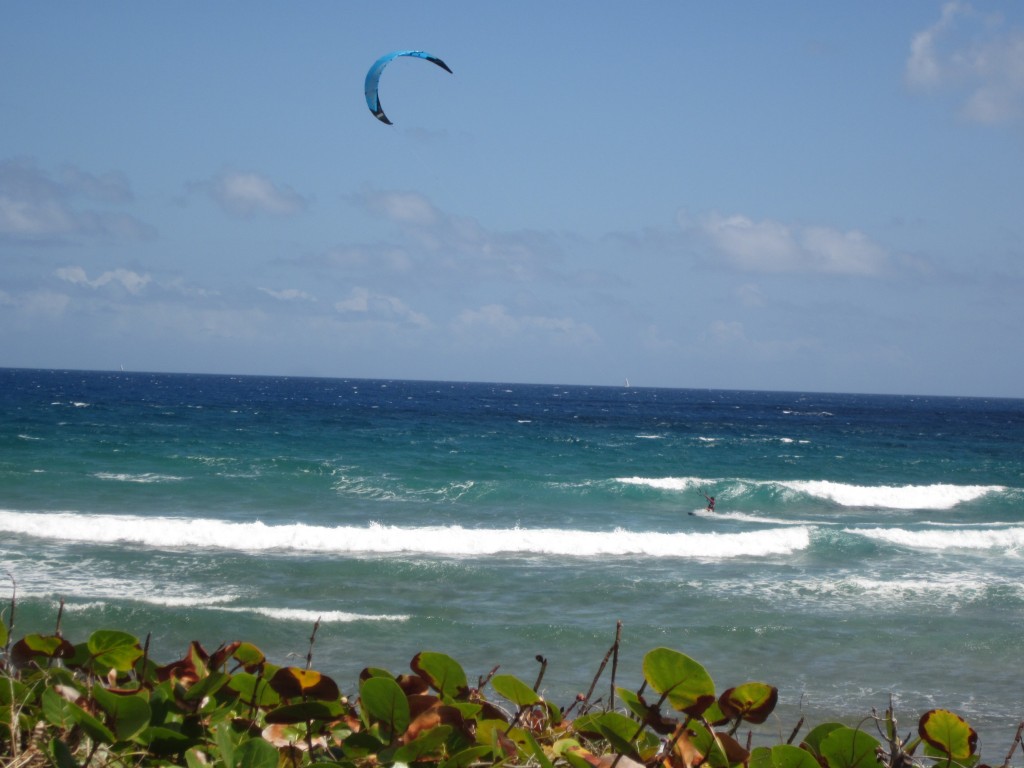