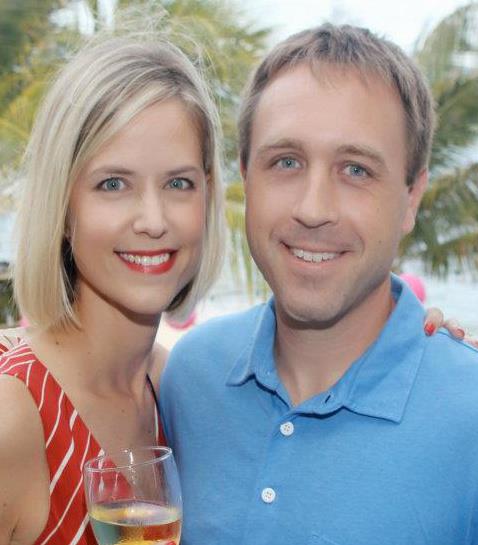 Our journey from Texas to St. Croix, US Virgin Islands. Our several year plan from planning a move, finding jobs, and building a house in the islands. That was how we started the blog, but we have now completed the house, or mostly at least.  There is always something more to do.

When we started the blog, Emily wrote most of the posts.  You will also notice that she did not use our names.  She was worried that her law firm in Dallas might find out she was planning a move.  Initially (2006) we decided on a 10-year to get to the islands.  That goal was quickly condensed to five years and in the end we were here in St. Croix within two years.  Early in 2008 we came down for vacation and Emily spoke with a law firm and they basically asked when she could start.  She accepted and our lives were forever altered.  She was in the middle of getting her yoga teaching certification so we delayed her start date until she was finished with that and after she was able to take the USVI bar exam.

We had plans to build immediately, or at least shortly after arriving, but upon arrival the US and the world economy tanked.  What money we had shrunk quickly to 50%.  So while we never stopped planning, talking, and thinking about building we also didn’t stop looking at houses that were on the market.  In the end, we never found that perfect house so we pushed the construction.  From the time we hired our architects, Design Lab, it took nearly 14 months to break ground.  The construction estimates from builders came back at nearly two times the amount we expected.  So we spent months making alterations to the plans to get within a more reasonable budget.  Getting our construction loan from Scotiabank also slowed us down considerably, probably adding 4-5 months to the process.

We broke ground in late December 2010 and moved into the house at the end of January 2012.  While we stayed within 5% of our budget, it did end up taking longer than expected to complete.  Our contractor, who we hired to build the shell, told us he could complete the shell in 5 months.  In the end, the shell took about 10.5 months.  Some of that due to the rain we had, some due to the contractor. I controlled the finances and procured all the materials.  Emily and I also did quite a bit of work.  We also had a friend, Jouni, who helped out for five months with all the finishes.

We are excited to have made it through this process and are happy with our wonderful new home.  There are definitely things I would do differently if I were to do it again, but I don’t think that is going to happen anytime soon.

Chad Walter
Chad was born in Pennsylvania and moved to Texas after graduating from college.  Shortly after his arrival in Dallas he met his future wife Emily.  Chad’s main passion in life outside of his love for his wife, 3 dogs, and a cat, is soccer.  Chad was lucky enough to get to play for the USVI national team for the FIFA World Cup qualifiers in 2011. When he is not playing soccer or working on the house he spends time in an HR function for a Fortune 500 company.

Emily Shoup
Emily is a full-blooded Texan and never lived outside of the state prior to moving to St. Croix.  When she met Chad she informed him she would never leave her beloved state. Part of this statement was targeted at the state of Pennsylvania, but mostly it is due to her love of all things Texas, including UT.  While she spends a large part of her day in the role of attorney, she refuses to be defined by it.  Emily would prefer to spend her days baking and doing/teaching yoga.  As a certified instructor she teaches the occasional private class.  Emily also spent three plus years on the St. Croix Animal Welfare Center board of directors.  Somewhere in that free time she manages to train for the occasional marathon and is learning to speak italian.