I have started writing this entry about three times over the past three weeks but each time end up getting distracted by more pressing matters.   The first time I was going to update it was simply to let you all know that it was basically still raining. 🙂  Our concern at this point in June is to get as much of the house closed up as fast as possible.  We are now in hurricane season so we are pushing to get the roof on and the windows in the main house.

As I mentioned in the last post I spent two days pumping water from the electrical room and from under the deck. They are both full again. Two weeks ago we got completely drenched again and lost 2.5 work days. But there are definitely positives to share. Right before those additional heavy rains we were able to get the slab for the living area poured which meant we didn’t have to wait for the site to dry out to start forming the walls. Over the next two weeks the walls were formed and on Saturday we poured the walls. Of course none of this was without headaches, but that part is complete which is a major milestone. With this pour we surpassed 400 yards of concrete used thus far.

Some of the items I have dealt with since the last post include having to confront a worker over theft of materials (I caught him) and having to spend weekends trying to remove mold and mildew (lots of it) from 250 cypress planks that were delivered shrinkwrapped in pouring rain last month. Water got in and sat there a few weeks. Many boards were damaged beyond our ability to disinfect properly, but we were able to salvage most (except for those that were stolen). In regards to the stolen material, our neighbor saw this person leaving with the boards one evening and reported it to us. Then I caught him in the act. It of course was awkward, but I will leave it at that for now.

We also had/have green mold forming on all our outdoor rafters that are now covered with cypress. The rafters were painted, then the rains came, and the cypress wasn’t put on until after the first batch of rains. The mold started forming after later rains and after the cypress was put on (see photo below). I suspect that the mold we are seeing is a result of water getting into the tops of the rafters (they didn’t paint the tops and apparently should have) and slowly seeping out through the paint. It is a complete mess, so we will have to repaint those rafters. Learning process I guess.

In addition, our AC installer had an angioplasty a few days before we needed him to run his sleeves in the walls. In the end he got the job done, not as I instructed, but it should be workable.

The question for a long time was “are you going to connect the two pods”? “A walkway between the two”? “Maybe a skywalk between the two”? “What is it going to look like?” Now the question we get is “when do you think it will be finished”? I wish I knew. We have passed our contractor’s estimate for completing the shell, and he likely has two more months to go. I think we can have the main house shell completed with windows installed, plastered, and roof on by end of July. Then the finish would begin. Tiling, painting, drywall (not too much of that), cabinetry, etc. I am on the lookout for people with these skills, so if you have anybody to recommend, let me know. If the price is right I will fly you down from the states. 🙂 My original best-case-scenario finish date was October, which coincidentally is also the end of our lease. Can we hit that date? Doubtful. Emily laughed at me when I set that date 6 months ago and when I mention it now it is apparently even more comical. So, realistically we are shooting for December. I would still be content with that but am pushing for October, even though we have basically lost a month due to rain. Go, go go. It has helped that our concrete guys have worked the past two Saturdays. Hopefully they keep that up.

What else? We had dinner and drinks on Friday night with Mike and Tisha (sp?) from Grand Rapids. They have been readers of the blog and are down for vacation. They got a hold of us through their realtor Kim Lucas and we all met up for drinks that turned into dinner. Mike and Tisha, thanks again. For other readers, chime in, let us know where you are reading from.

Emily has rented out a great space in town and has started teaching a Saturday morning yoga class at the Sanctuary on Company St. You can find more info at http://www.StCroixYoga.com if interested.

Tons of pics below, sorry for the slow loading times. 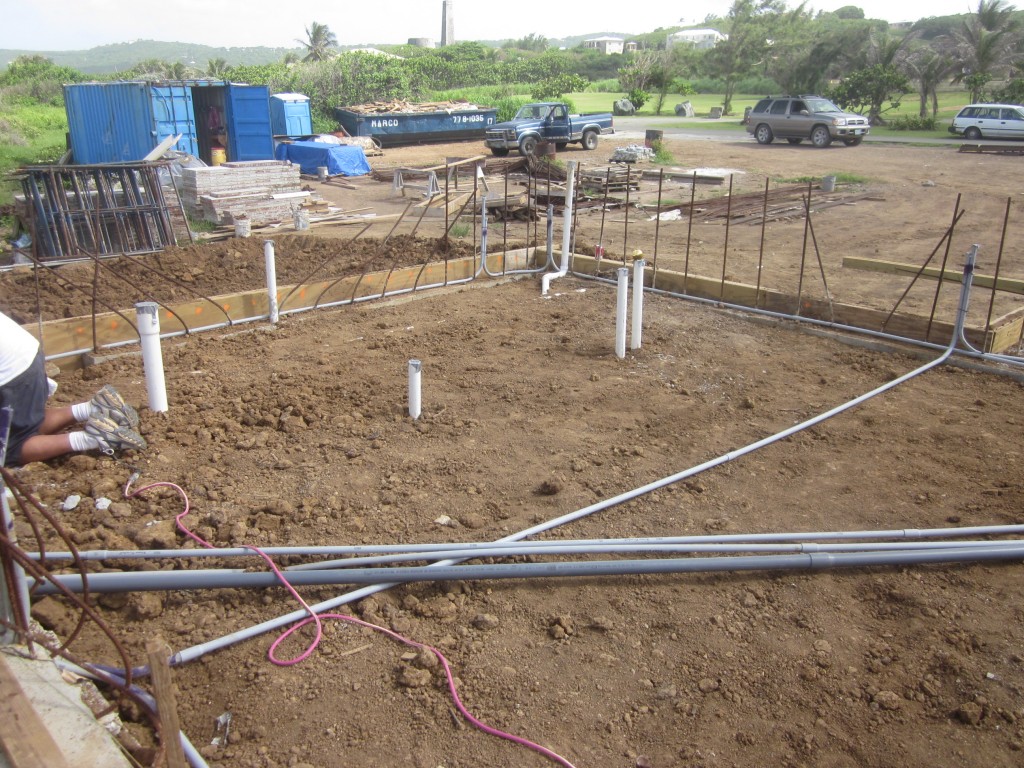 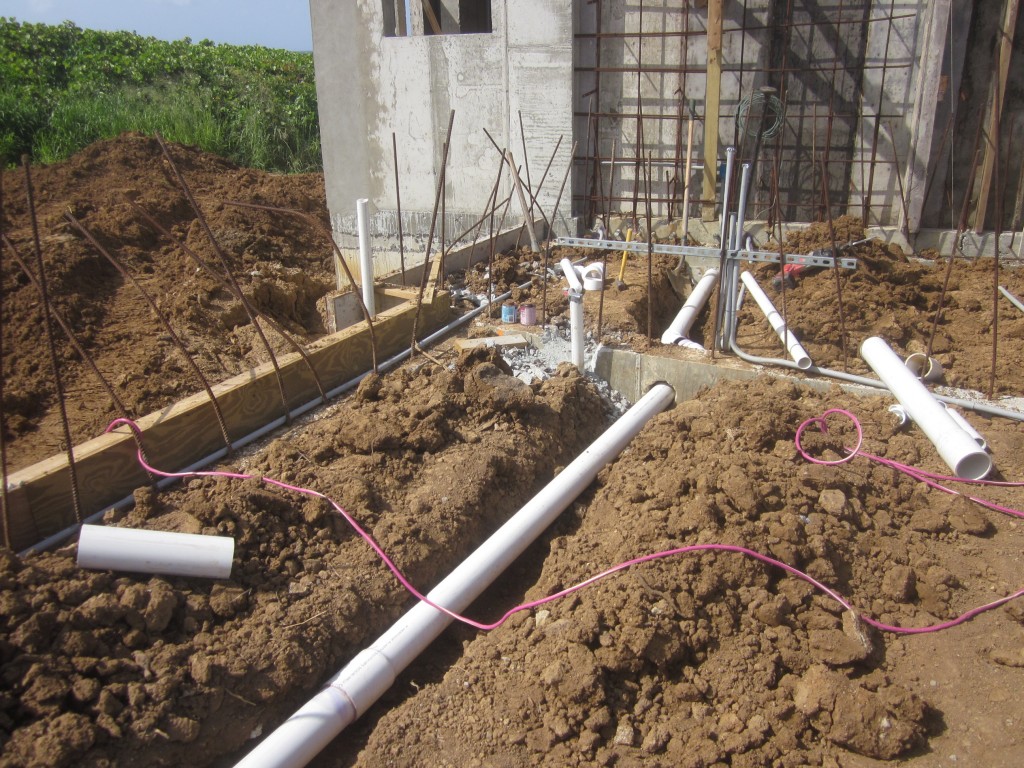 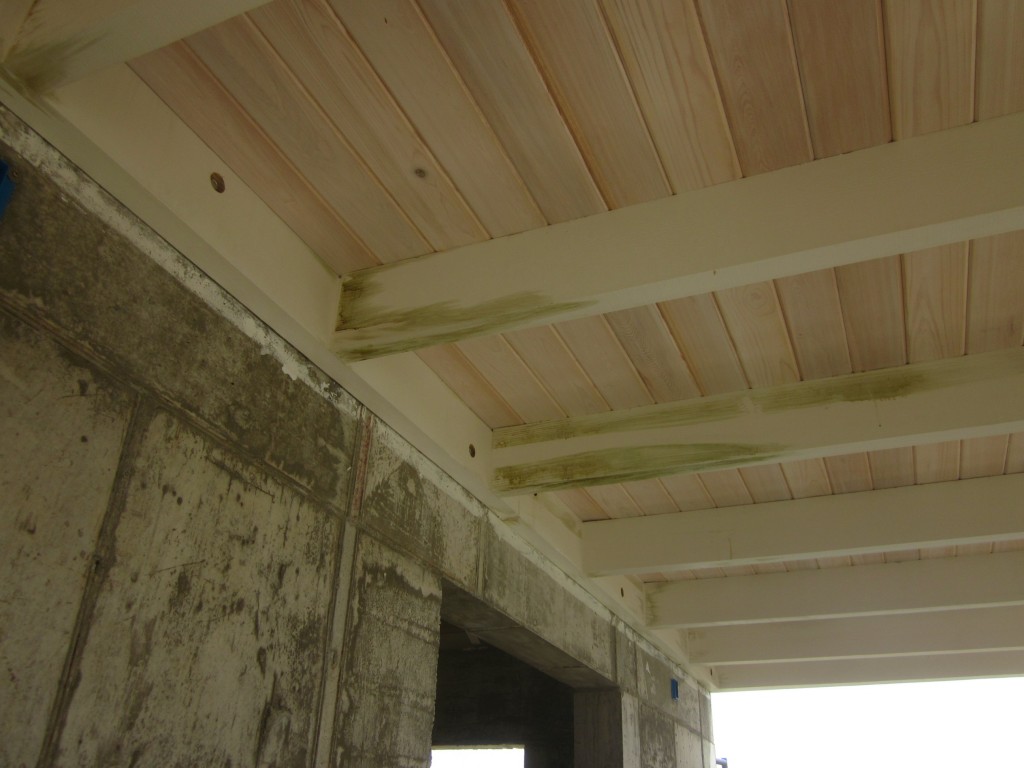 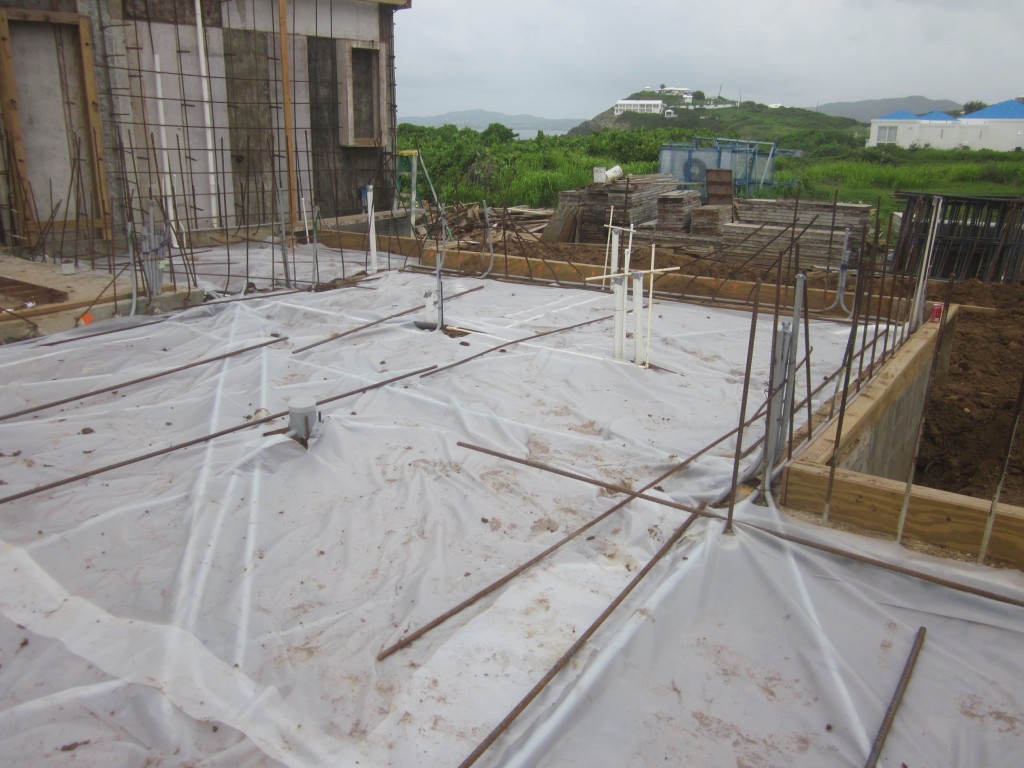 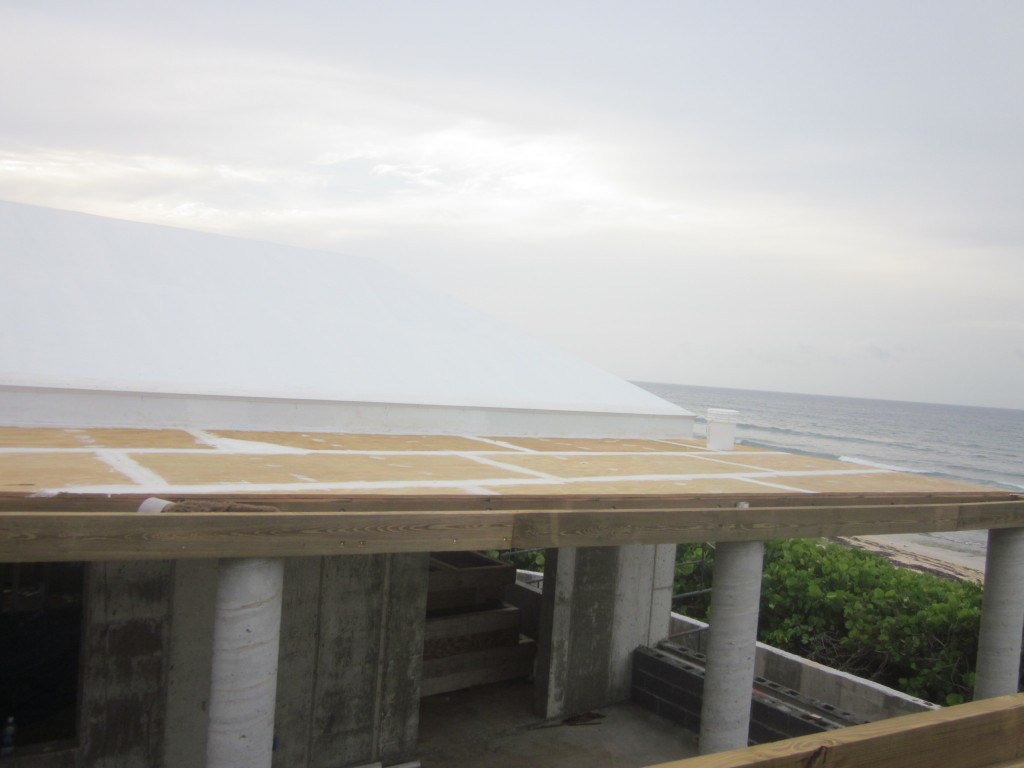 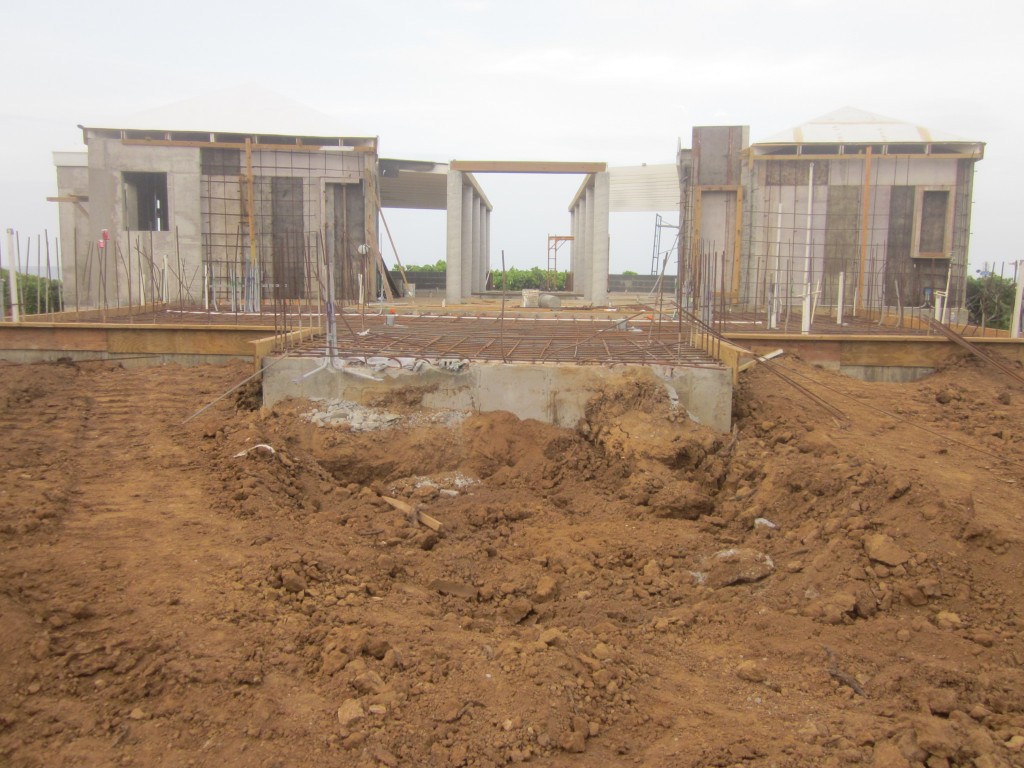 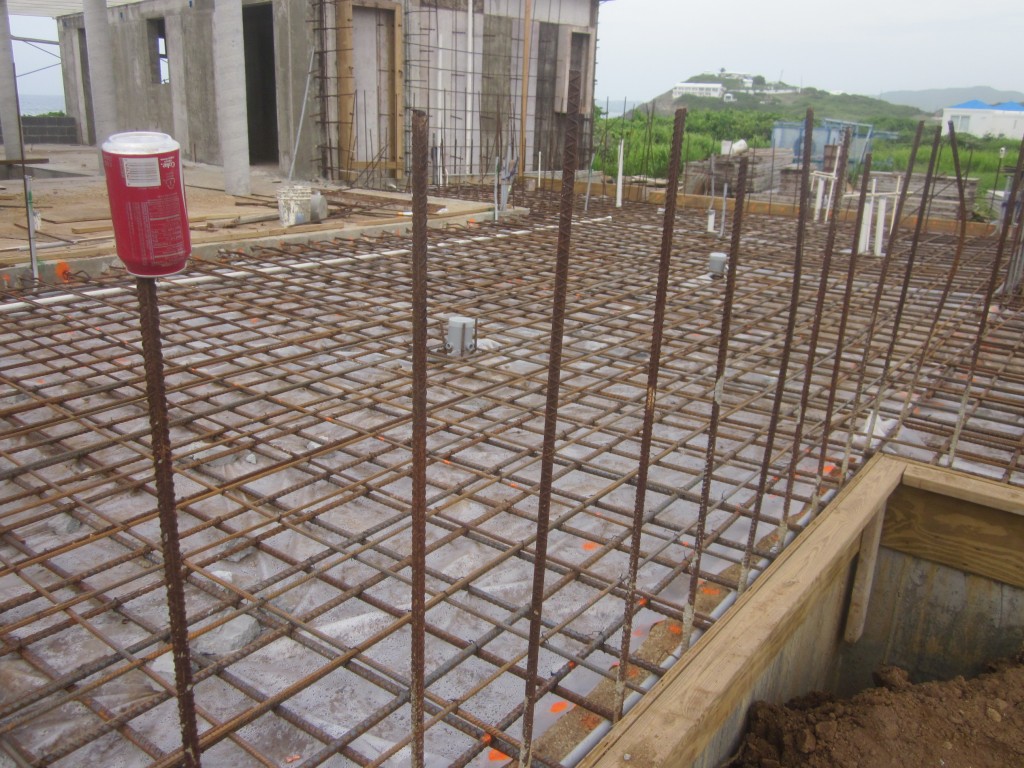 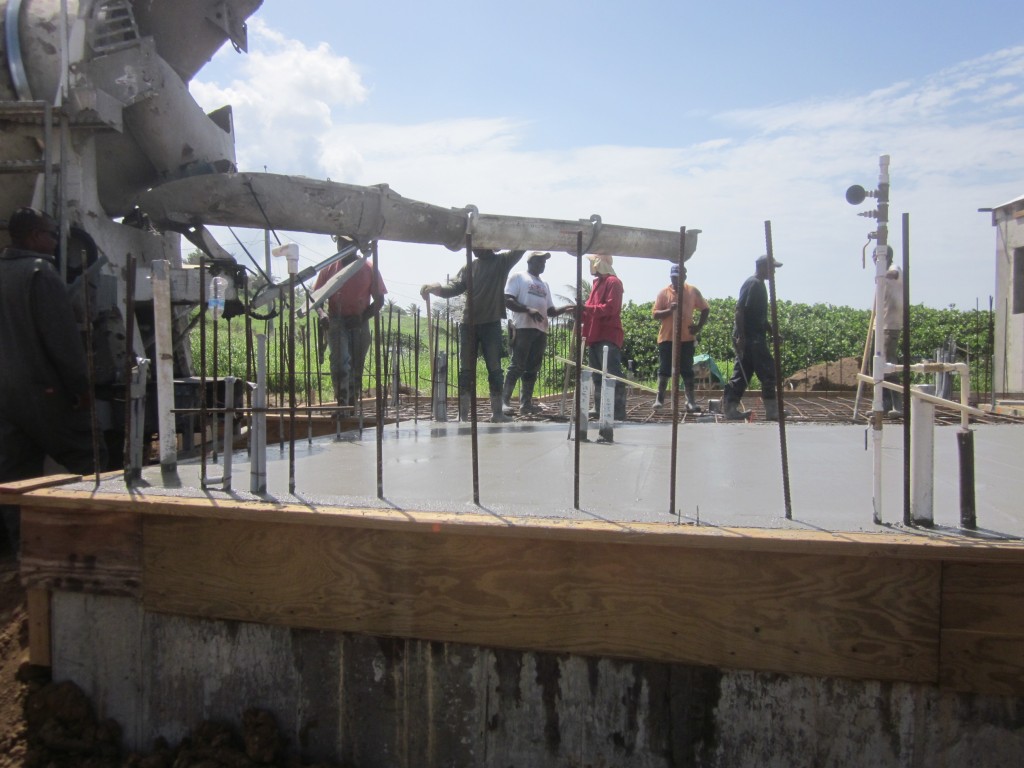 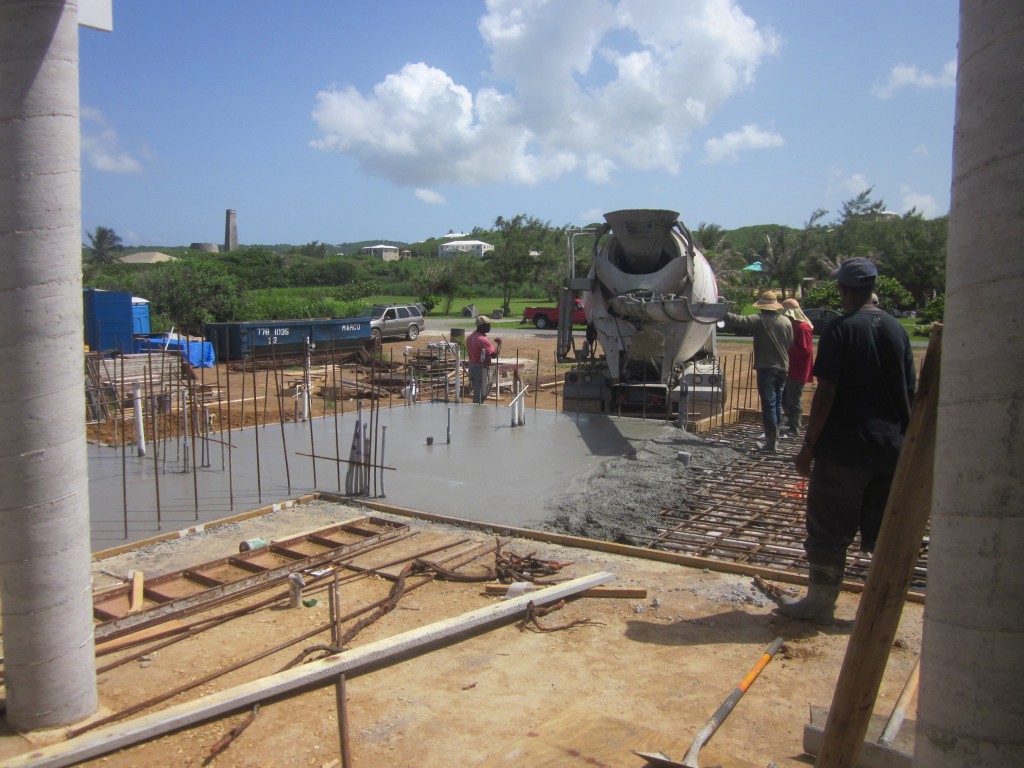 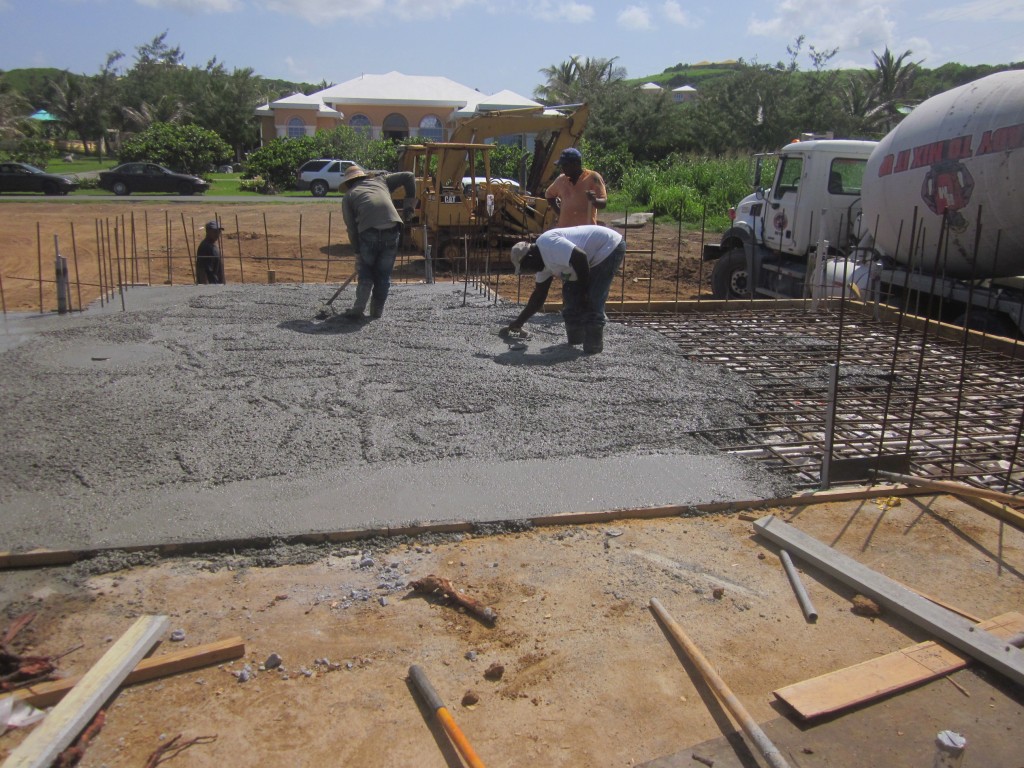 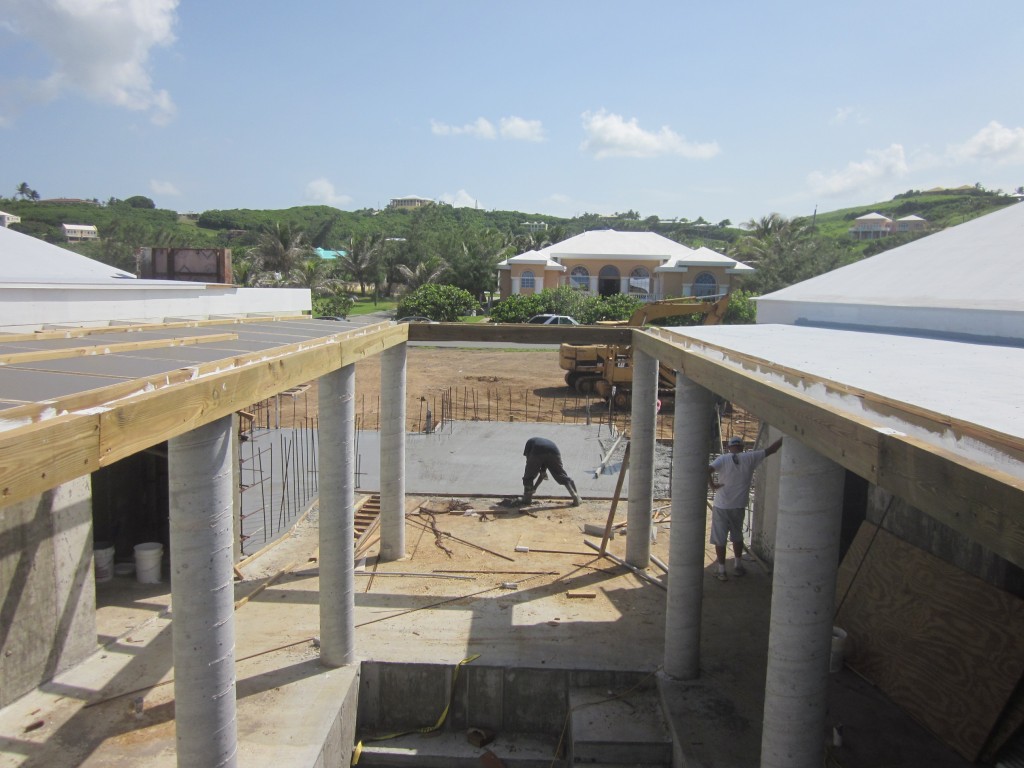 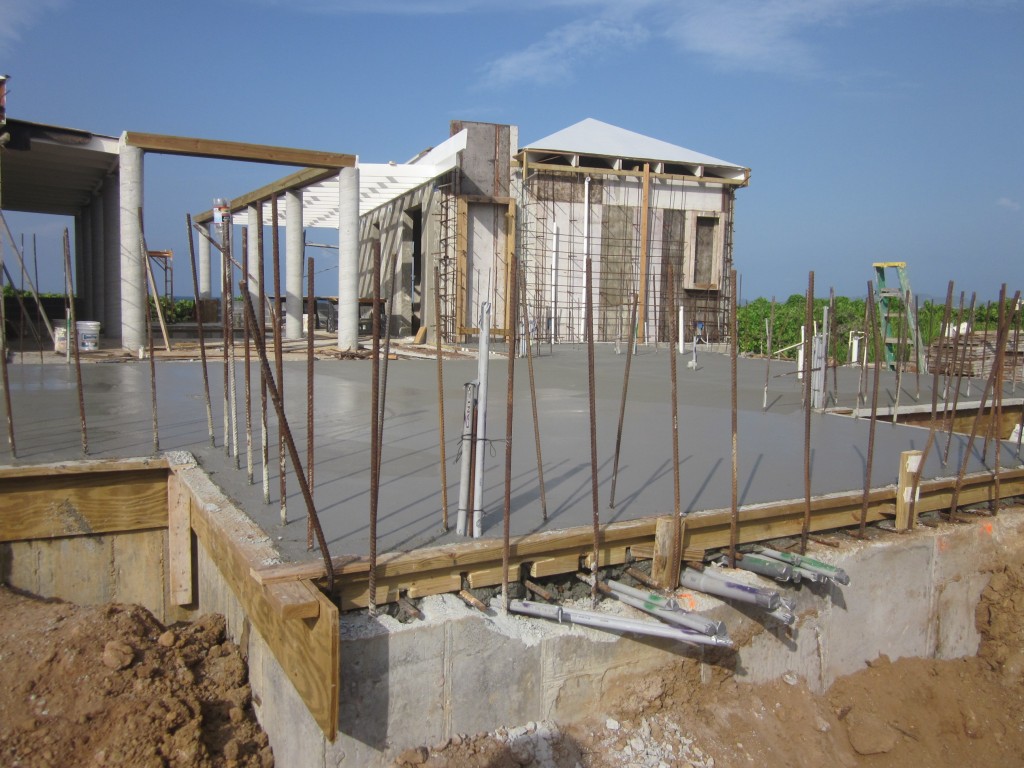 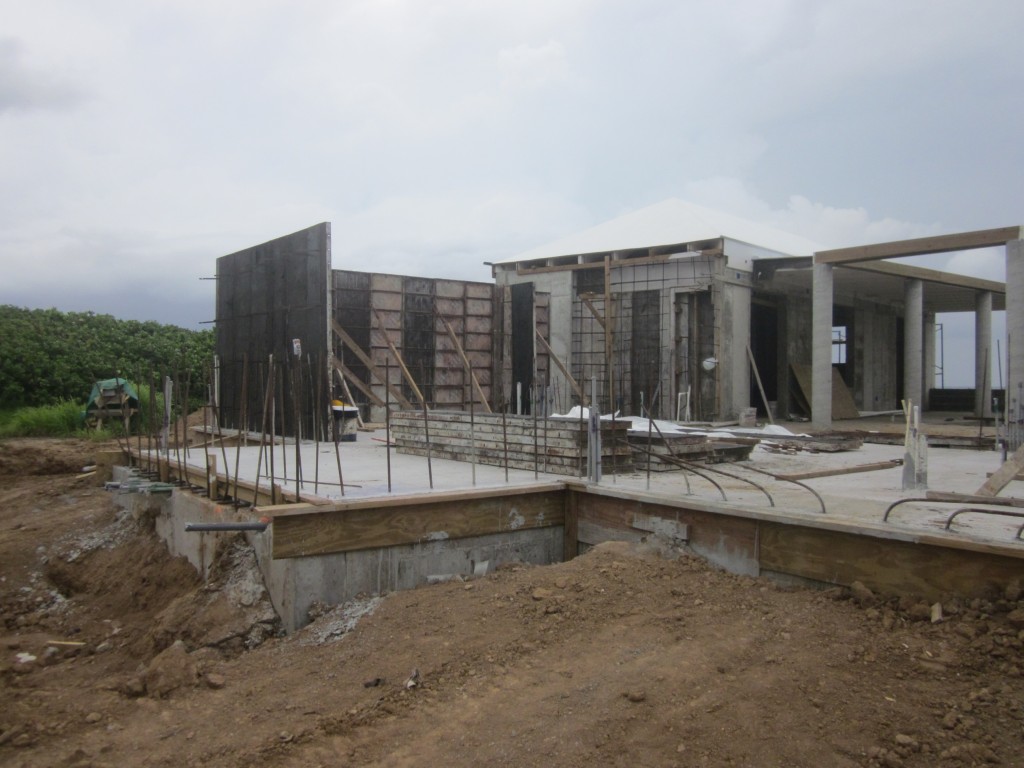 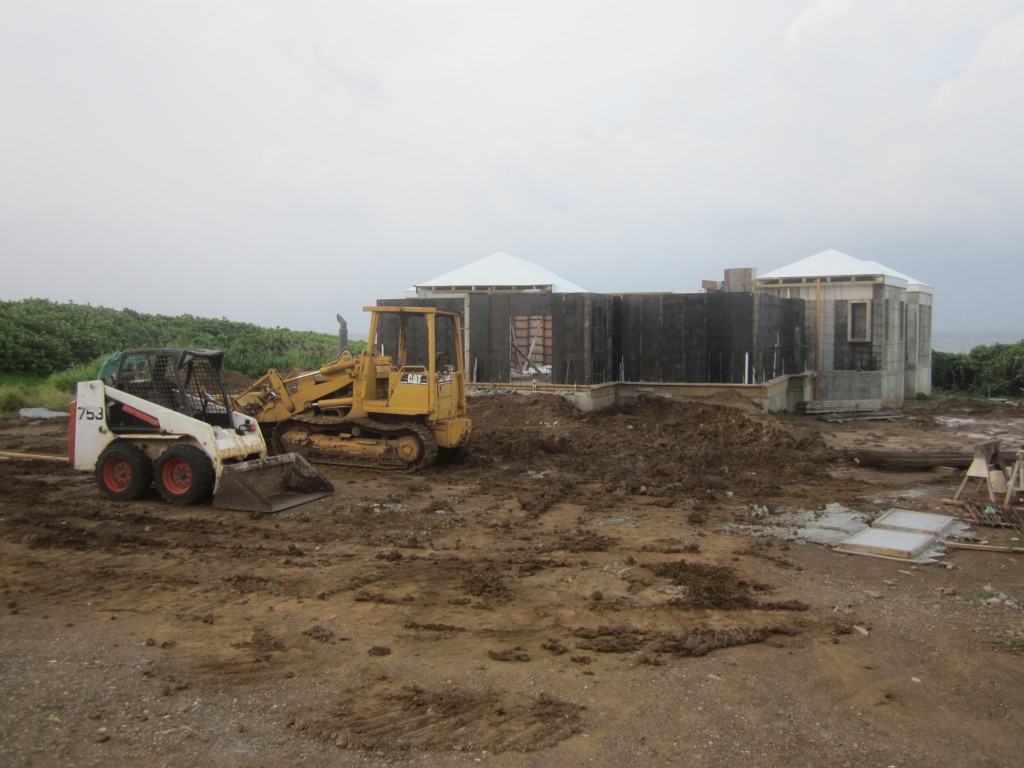 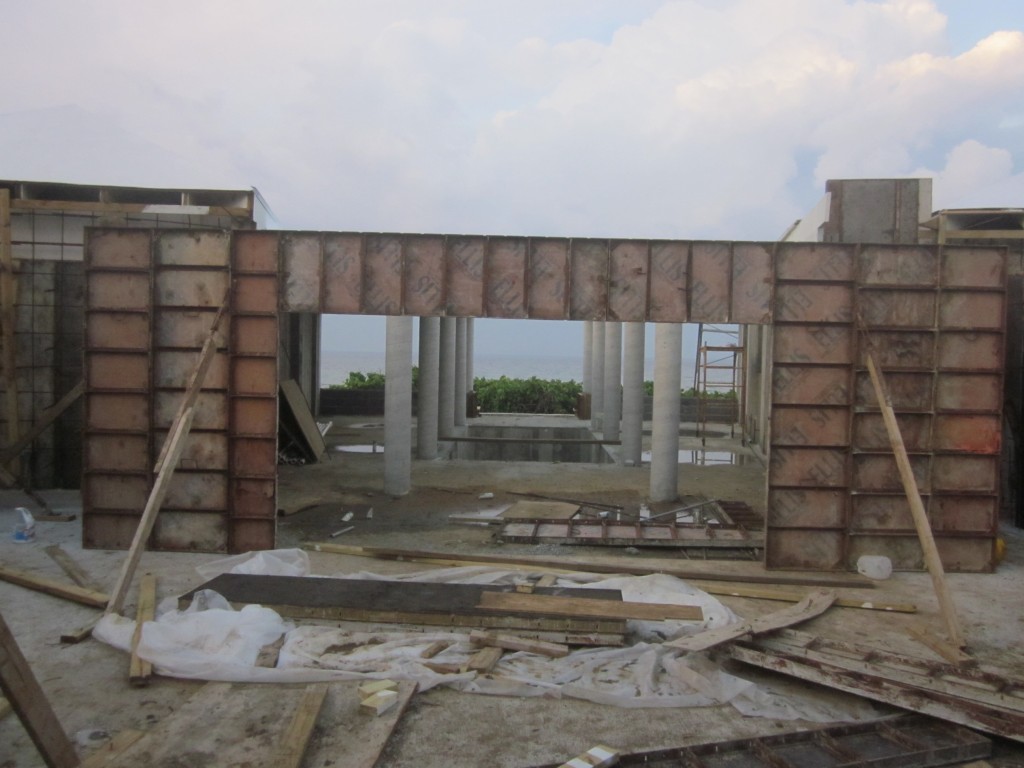 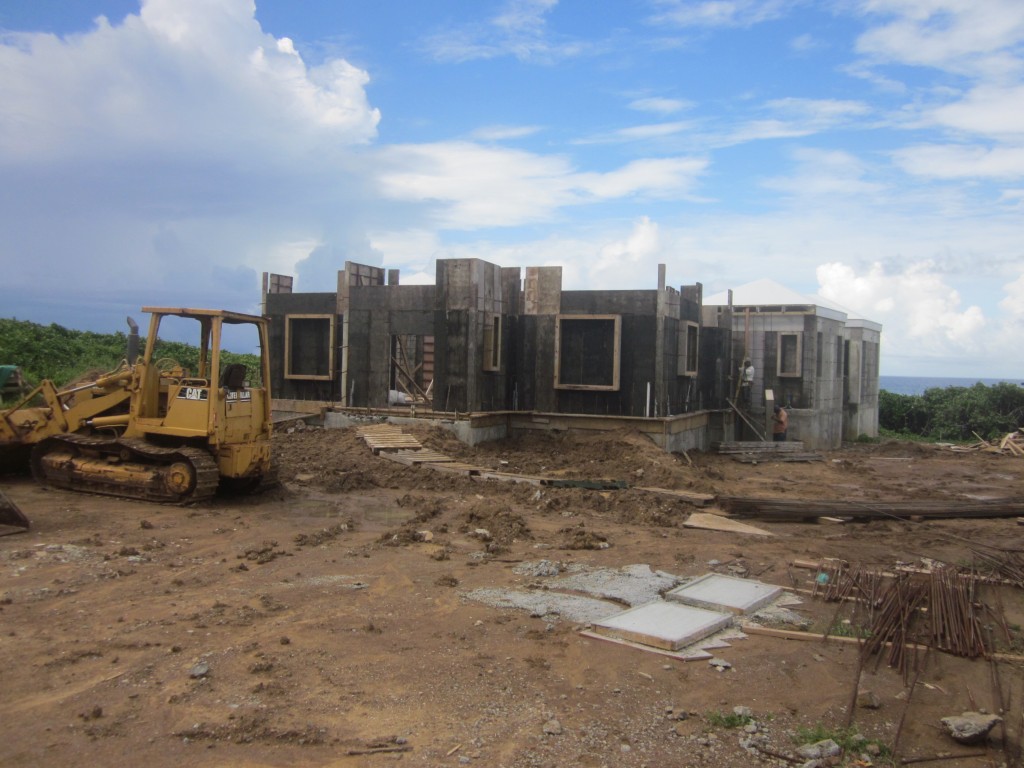 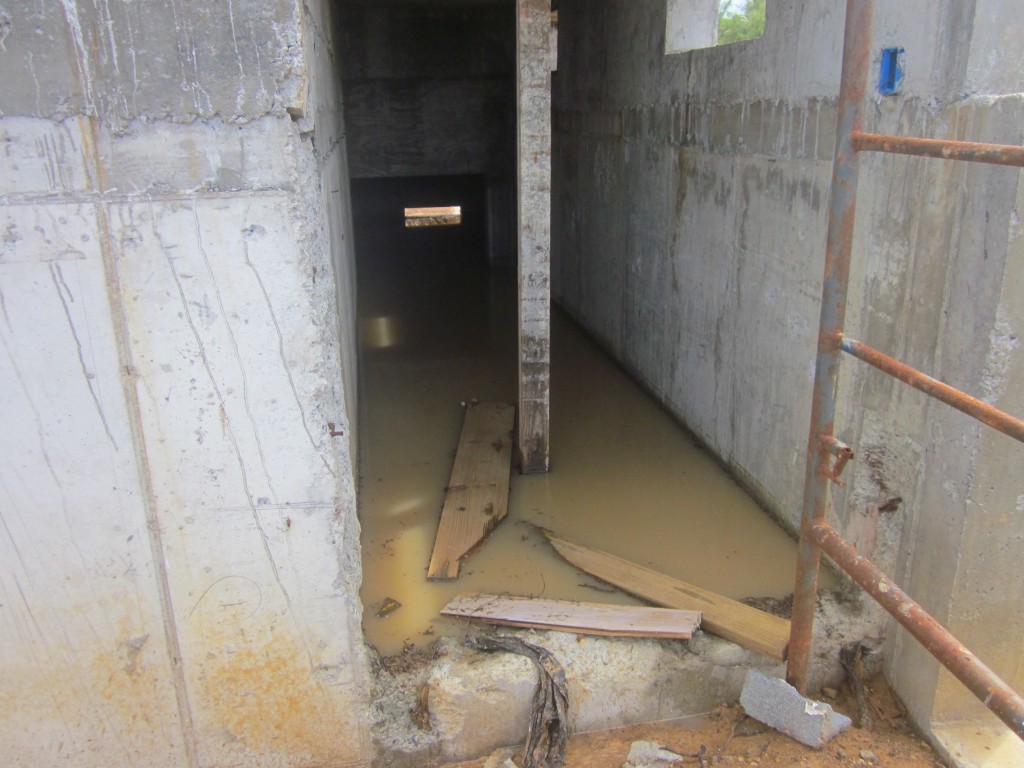 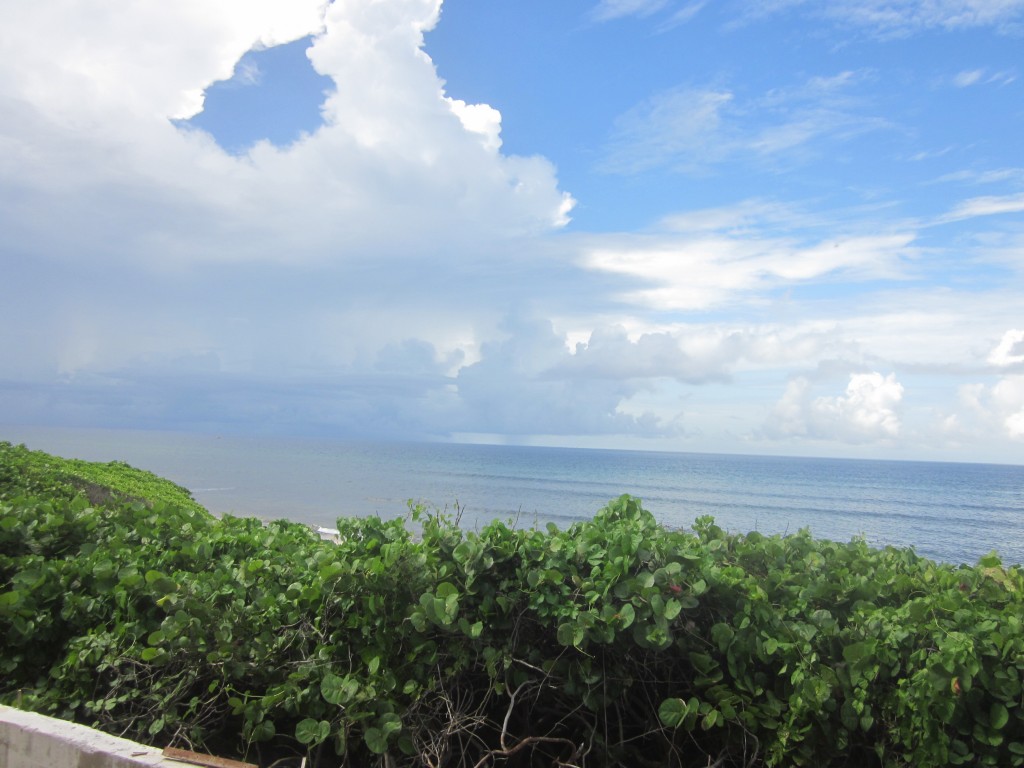 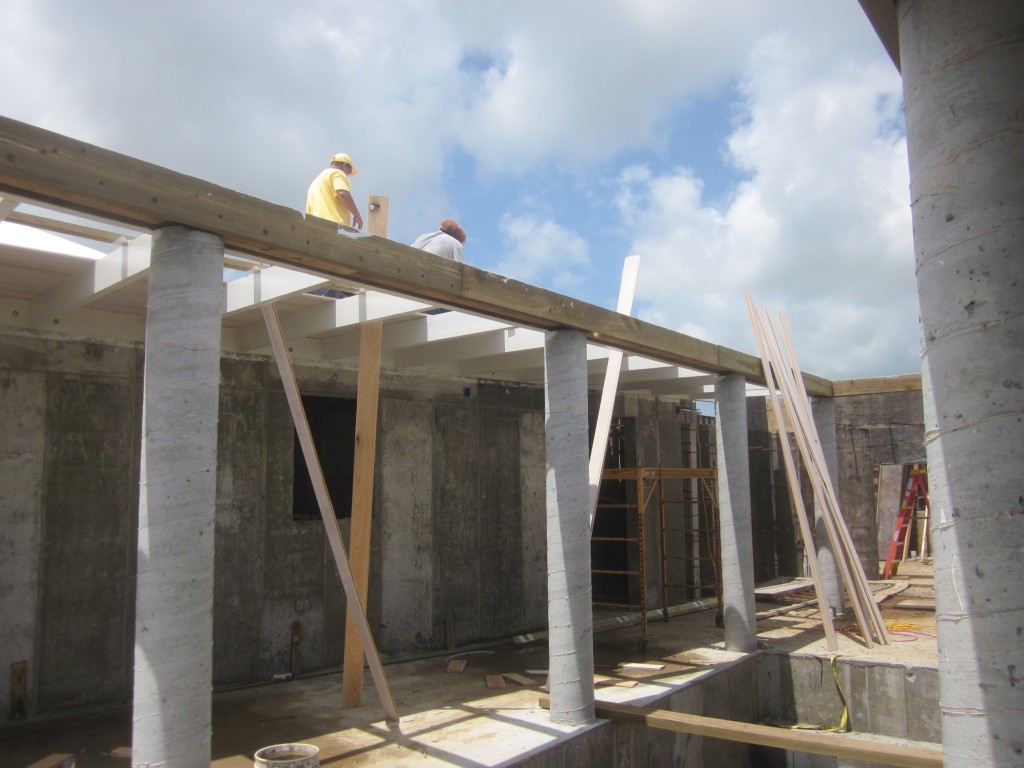 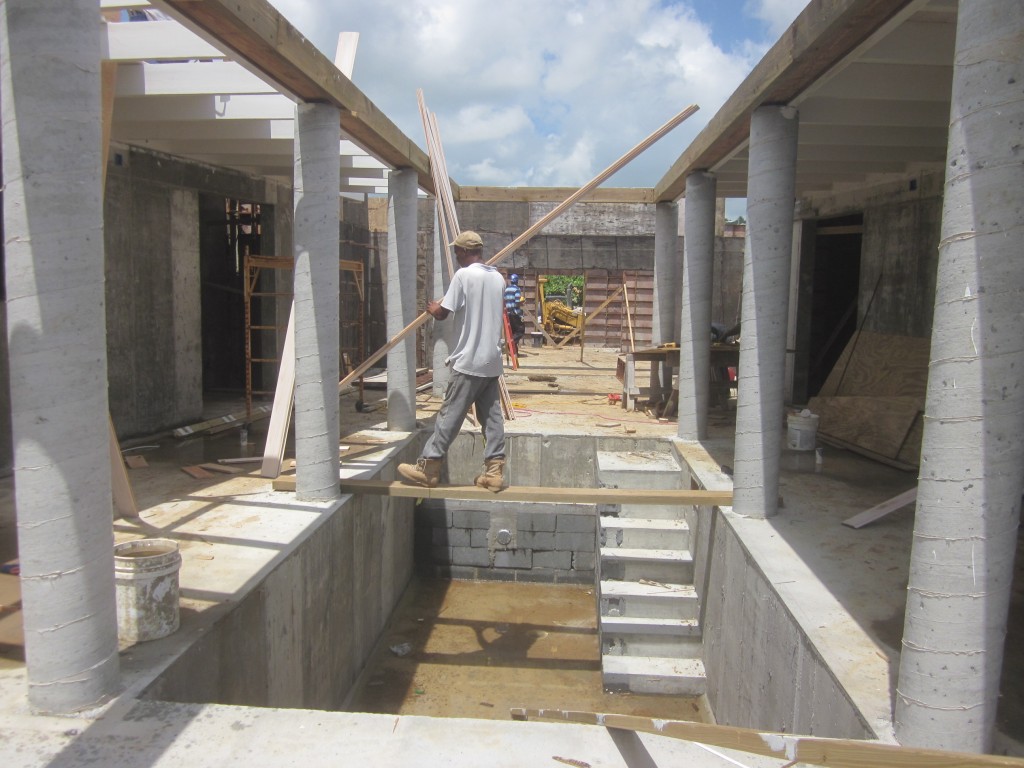 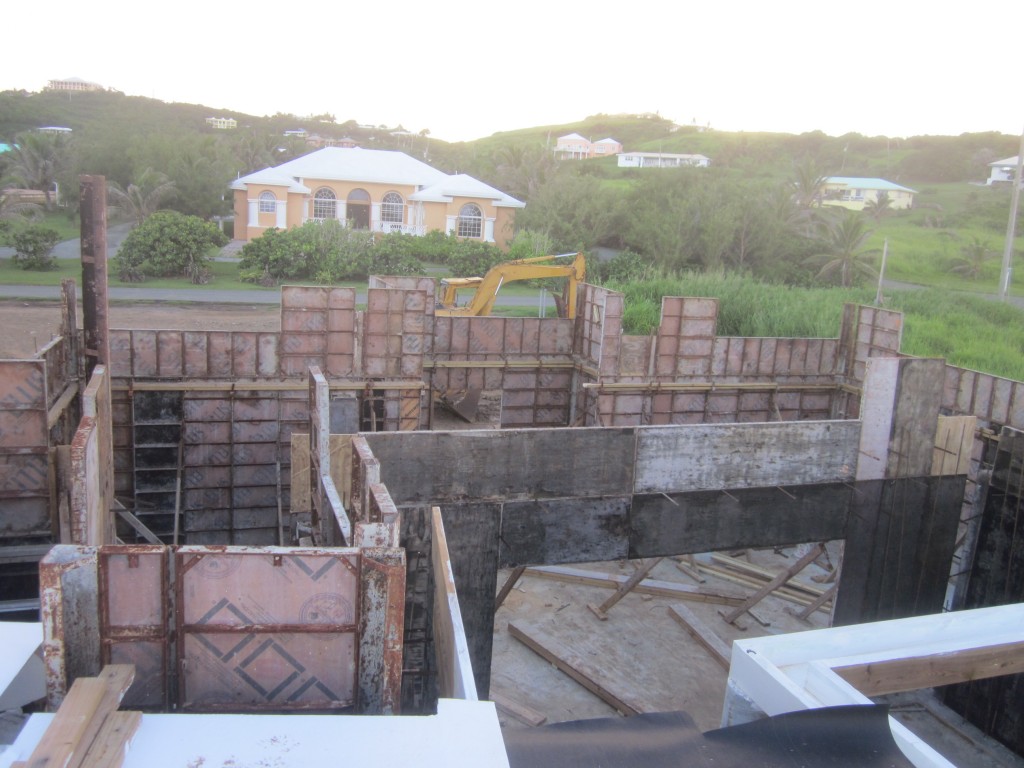 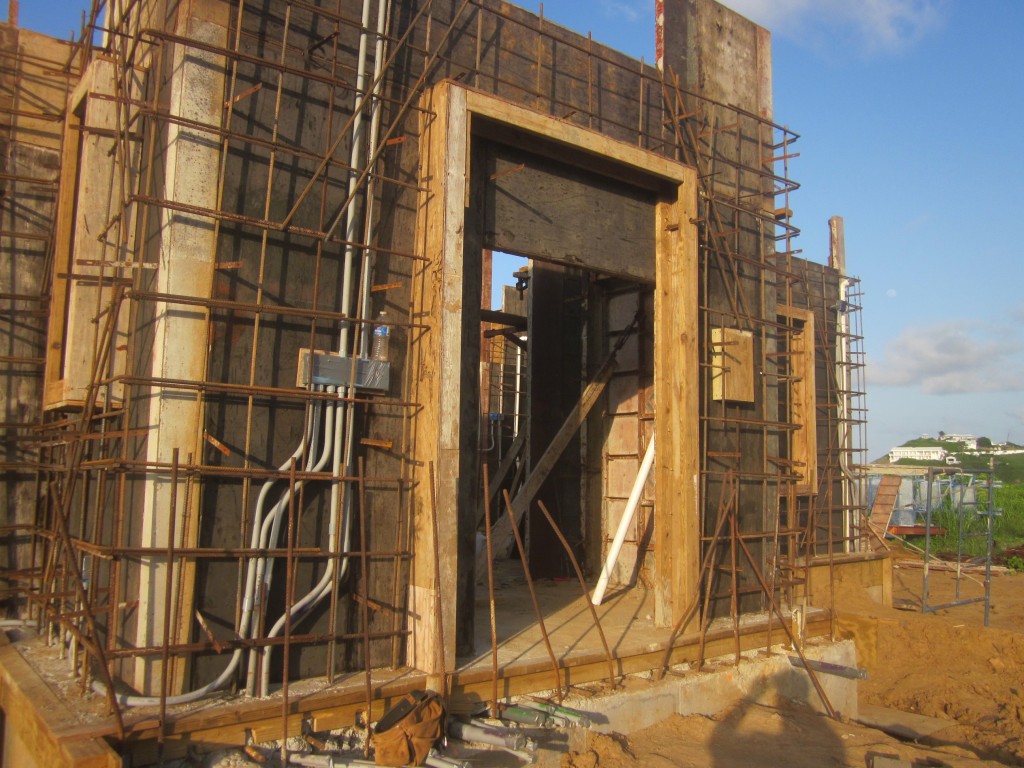 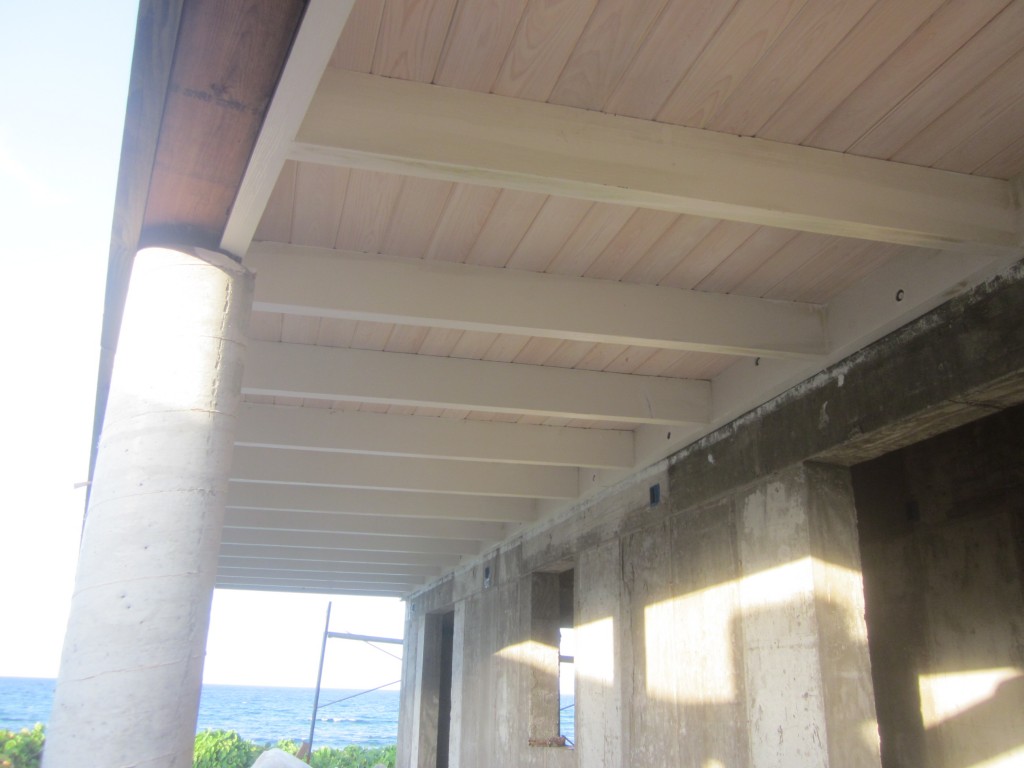 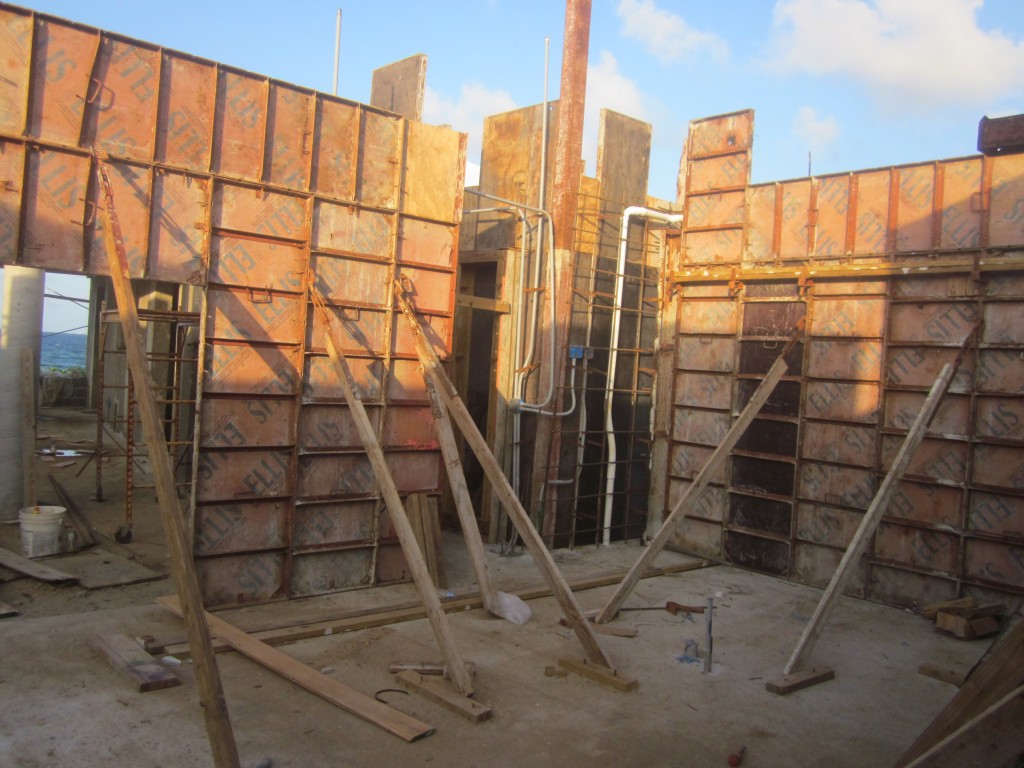 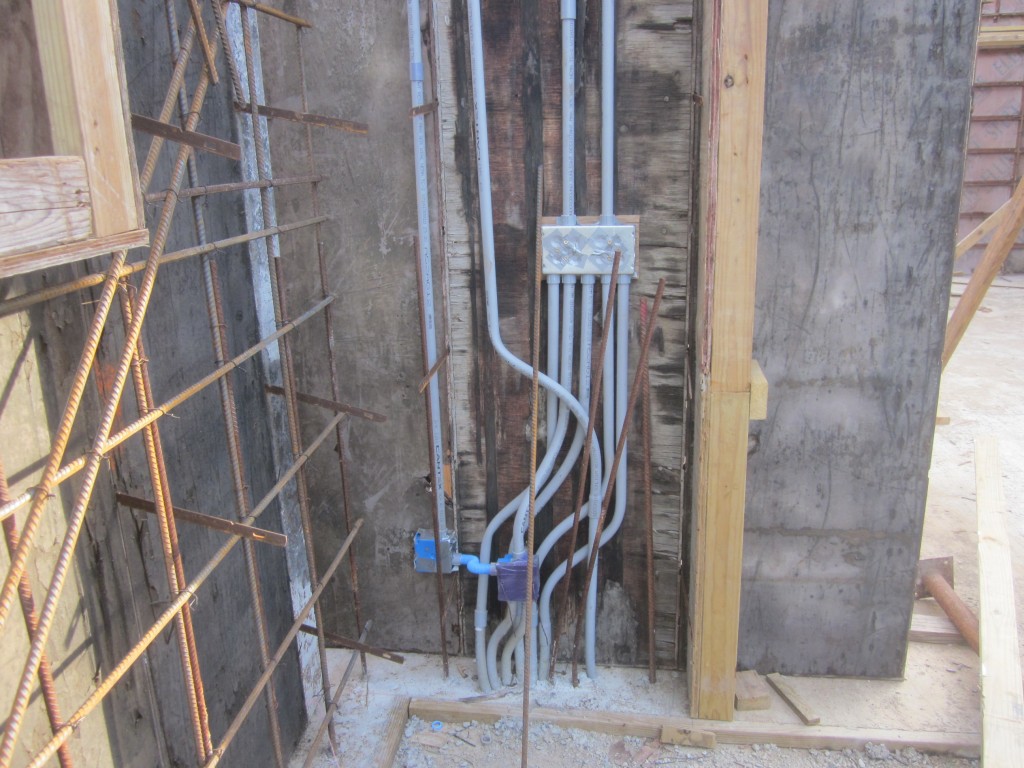 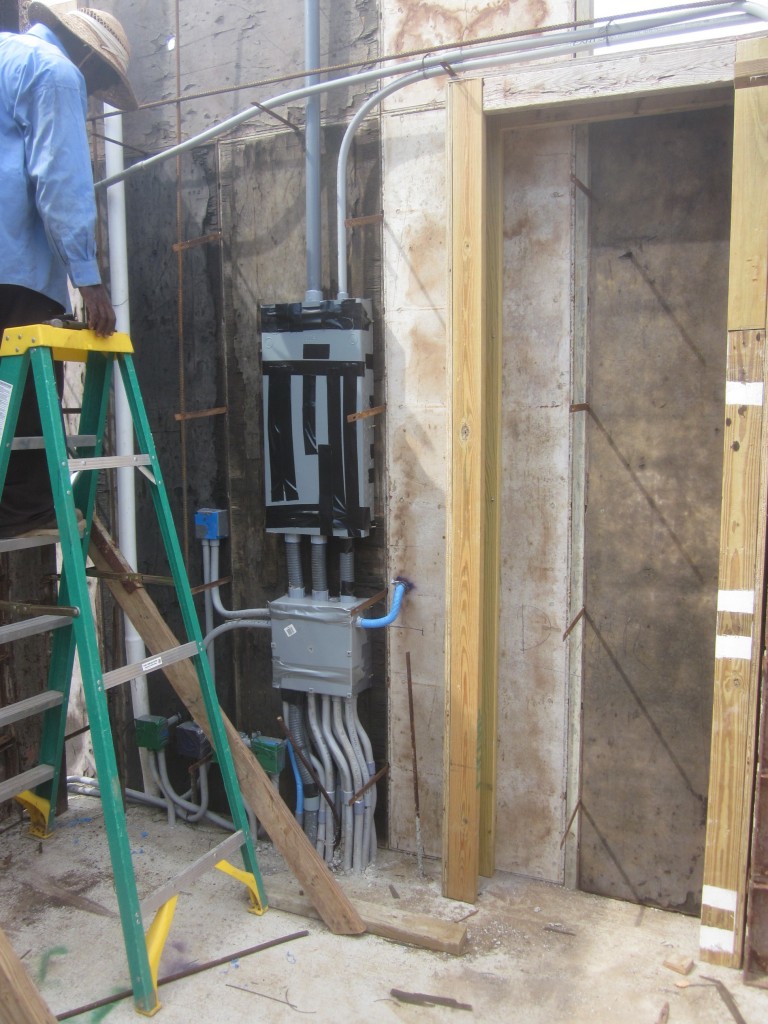 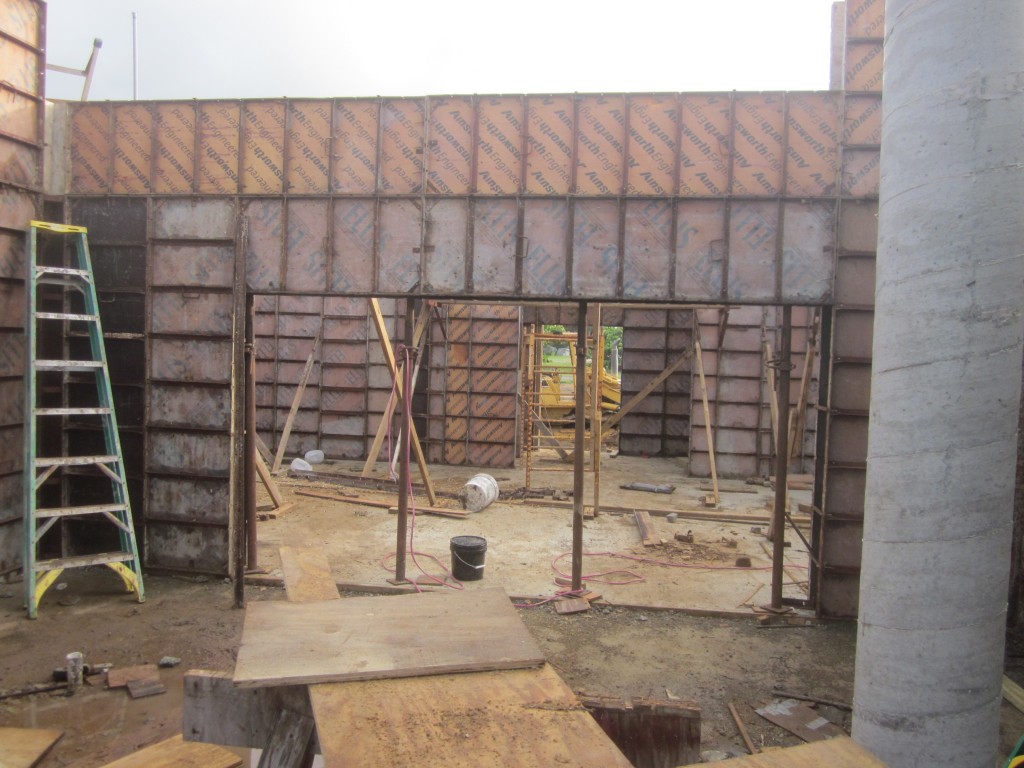 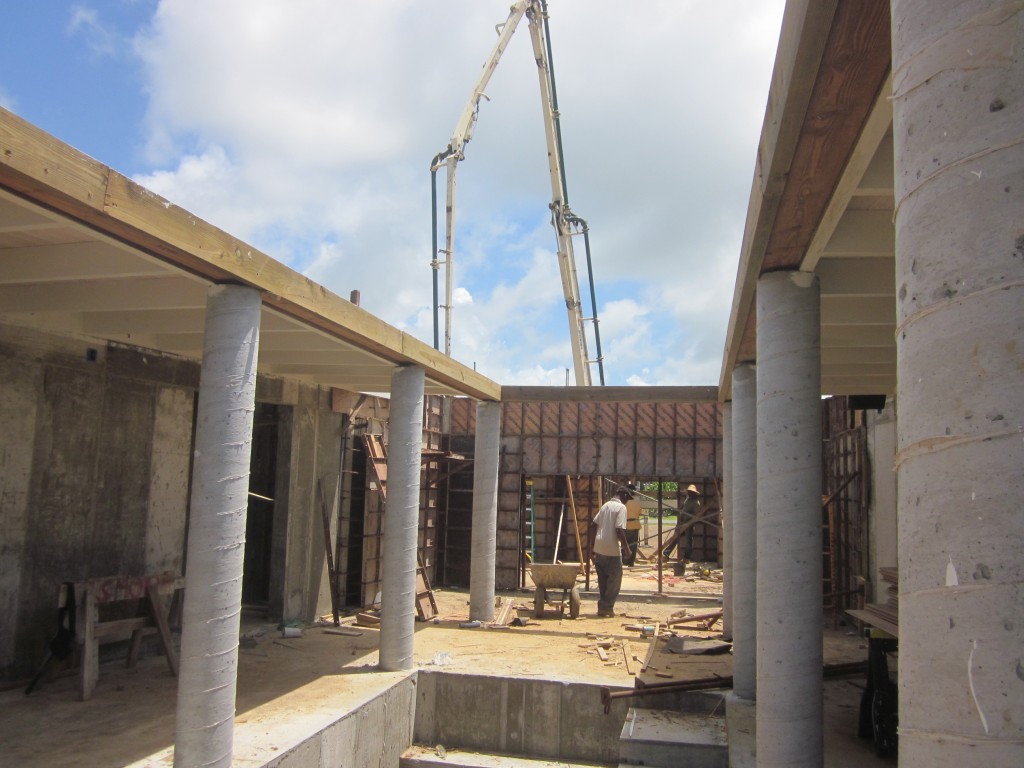 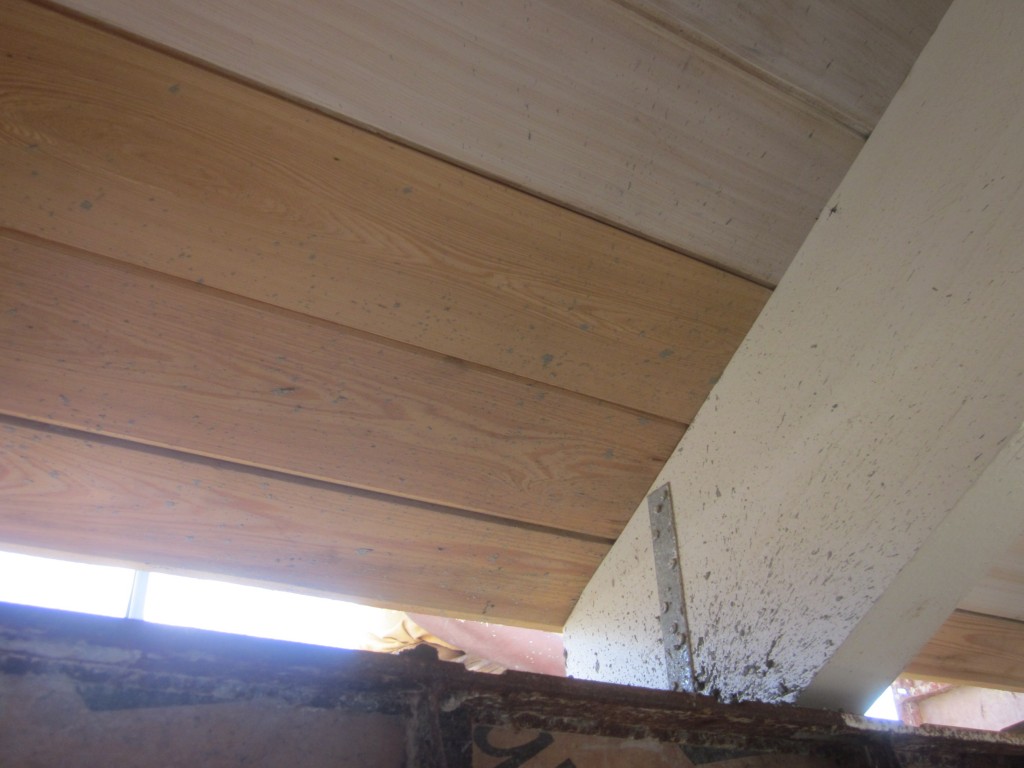 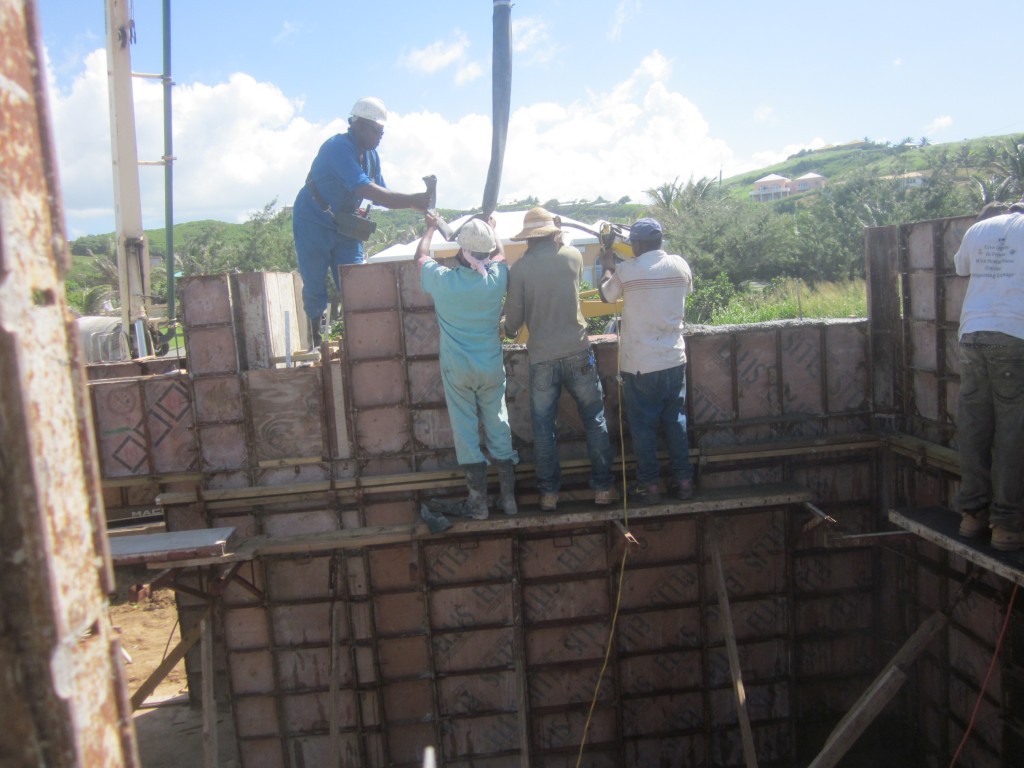